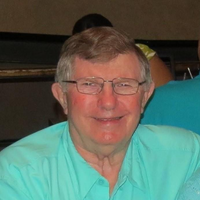 Roy Eugene Ferguson, Sr., 78 of Jamestown, NY, died on Thursday, January 7 as a result of COVID-19. He was born November 8, 1942 in East Canton, OH, a son of the late Dennis Glenn Ferguson and Ena Irene Williamson Ferguson. He was married to Ginger Davis Ferguson on May 11, 1963 in East Canton, Ohio. He was a 1960 graduate of East Canton High School and a 1983 graduate of Anderson College (Anderson, IN). Roy began working as a carpenter's apprentice out of high school, along with jobs with Sears, Roebuck and Company, but very quickly became a talented carpenter, eventually leading construction crews in Northeast Ohio and later in Anderson, IN, while attending college. He accepted a call from a church in Denver, CO to become the Associate Pastor at the end of 1977. He went on to pastor six other congregations in Kansas, Kentucky, Wisconsin, Michigan, Alabama and Florida in a span of almost 40 years, when he retired in Lake Wales, FL. Roy was a member of the Busti Church of God. He was also a sports enthusiast, playing basketball, football and baseball through high school. He was an avid Cleveland Indians and Browns fan. Surviving Roy are his wife Ginger, his sons, Roy E. Ferguson, Jr (Sally) of Jamestown, NY, and Michael Ferguson (Cece) of Versailles, KY, his grandchildren, Megan Ferguson Hopewell (James) of Danville, KY, Michael Ferguson (Samantha) of Versailles, KY, Nathanael Ferguson (Kenzie) of Jamestown, NY, and Anna Ferguson Capone (Drew) of Chapel Hill, NC. Six grandchildren, Peyton and Kylee Hopewell, Emma, Sophea, and Graham Ferguson, and Bennett Ferguson. A brother, Gaylon Ferguson (Barb) of Louisville, OH, and sister, Ruth Vipperman of Chandler, Arizona. In addition to his parents, he was preceded in death by his brother Glenn and sister Lucille. Due to COVID restrictions, there will be a private family service. The family suggests memorials may be made to Busti Church of God, 996 Forest Ave Ext. Jamestown, NY 14701. You may leave words of condolence at www.lindfuneralhome.com.