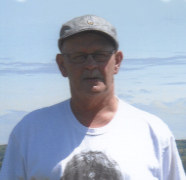 Douglas M. Spetz, 65, of 210 Harding Avenue, died unexpectedly Friday October 8, 2021, in UPMC Chautauqua. He was born March 25, 1956, in Jamestown, a son of the late Raymond and Virginia Bucklaew Spetz, Sr. A 1975 graduate of Southwestern Central School, he was employed as a factory worker by Chase Interiors, Ethan Allen, and Fancher Chair. He was a member of Herman Kent Post 777 Sons of the Legion. He enjoyed working on projects in his woodshop and hanging out in his man cave with his good friend Jeff Osman. His other pastimes include listening to music and caring for his 1960 Volkswagen Beetle. Surviving is his wife Jody Brown Spetz, whom he married June 28, 1997; two sons Darren Spetz of Jamestown and Jake Spetz of Titusville, PA; three grandchildren Carter, Kolton and Ryleigh Spetz; two brothers Raymond (Barbara) Spetz, Jr of Melbourne, FL and Timothy Spetz of Jamestown; his mother in law Joan Brown of Jamestown and his pets Sam, Missy, Lilly and BJ. He was preceded in death by his parents and father in law Randall Brown, Sr. No funeral service will be observed. Friends will be received from 5-7 pm Tuesday in the Lind Funeral Home. Because of new COVID-necessitated policies, masks are required, regardless of immunization status. Memorials may be made to Glaucoma Research Foundation, 251 Post Street, Suite 600, San Francisco, CA 94108. You may leave words of condolence at www.lindfuneralhome.com.