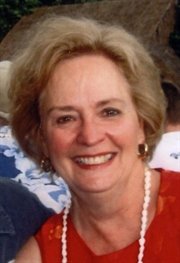 Carol Ann Reale Hill, 67, of West Seneca, formerly of Jamestown, died Sunday, December 13, 2009 at the Roswell Park Cancer Institute. She was born July 15, 1942 in Jamestown, a daughter of the late Morris and Dorothy Wilson Dowd. Carol graduated from Jamestown High School in 1960 and was later employed by WJTN and Jamestown Macadam. A resident of West Seneca since 1982, she was a member of St. John's Evangelical Lutheran Church. A 26 year volunteer for Roswell, Carol was a member of the Roswell Park Alliance Foundation Community Advisory Board. She also ran the Holiday Gift Card Project, served as president of the Gift Shop Board as well as volunteering in the gift shop for many years, worked on the Keith Classic Golf Tournament and served as a patient escort. In 1997, she received the Distinguished Volunteer of the Year Award from the Association of Fundraising Professionals. Surviving is a son, Carl (Lynn) Reale of Jamestown; two grandchildren, Paul and Samantha Reale of Jamestown; a sister, Suzon Todaro of Jamestown and brother, Adam Dowd of Virginia; four stepchildren, Cheryl Anthony, Jodi Osinski, Robert Hill and Gary Hill; and eight step-grandchildren, Lise Anthony, Valarie Hill, Amanda Long, Carley Parrish, Nickolaus, Joshua and Anderson Osinski, and Ashley Hill. In addition to her parents, she was preceded in death by her first husband, Paul Reale who died June 5, 1967 and second husband, George Hill who died February 4, 2004. A memorial service will be held at 11:00 a.m. Saturday at St. John's Lutheran Church, 3512 Clinton St. in West Seneca. Pastor John Klatt will officiate. Visitation will not be observed. Burial will be in Jamestown. In lieu of flowers, memorials may be made to the Roswell Park Alliance Foundation, P.O. Box 631, Buffalo, NY 14240-0631; or St. John's Evangelical Lutheran Church Building Fund, 3512 Clinton St., West Seneca, NY 14224. Local arrangements are by the Lind Funeral Home.
To plant a tree in memory of Carol Hill, please visit Tribute Store
Services for Carol Hill
There are no events scheduled. You can still show your support by planting a tree in memory of Carol Hill.
Visit the Tribute Store
Plant a Tree
Print
Share A Memory
Plant a Tree