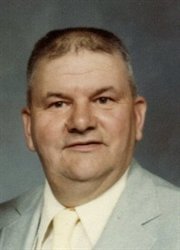 Frank W. McCandless, 81, formerly of Busti, died Monday October 19, 2009, in Heritage Village Rehab and Skilled Nursing. He was born September 8, 1928, in Kane, PA, a son of Theodore and Marian McNees McCandless. He was a 1946 graduate of Kane High School. While in school he trained and received his pilot's license. He always enjoyed the freedom of the skies. He was a veteran of the Korean War serving with the Pennsylvania Army National Guard in Germany. Frank was involved in oil and gas well drilling in Texas, Pennsylvania and New York. His early career took him to Texas working as a roust-about for an oil company on deep wells. For many years he was a partner with his son Ted in McCandless Well Drilling. He was a member of the National, Pennsylvania and New York Well Drillers Associations, Carroll Lodge #1147, Frewsburg, F&amp;AM and was a life member of the Busti Volunteer Fire Department. He and his wife were passionate about traveling and went on many trips including Hawaii, the Caribbean, Alaska, down the Mississippi River to the Delta and took the Trans-Canadian train to the Pacific Ocean. Surviving is a daughter Susan (Daniel) Holley of Raleigh, NC, a son Ted A. McCandless of Busti, four grandchildren Lisa and Kimberly Holley of Raleigh and Zac and Alex McCandless of Busti, a brother John (Angie) McCandless of Kane, PA and a sister Eileen (Charles) Nystrom of Tampa, FL. He was preceded in death by his wife the former Marjorie Johnson, whom he married April 11, 1951 and who died October 22, 2004. The funeral will be held at 1:30 p.m. Saturday in the Lind Funeral Home. Burial will be in Forest Lawn Cemetery, Kane, PA. Friends will be received for one hour prior to the service Saturday in the funeral home. Memorials may be made to Alzheimer's Association of WNY, 2805 Wehrle Dr. Ste 6, Buffalo, NY 14221-7380, Busti Volunteer Fire Department, or Busti Church of God Building Fund, 996 Forest Ave. Ext., Jamestown, NY 14701.
Print