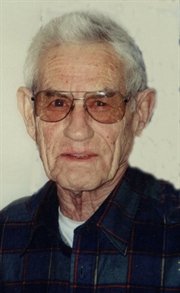 Clayton C. Hall, 91, of 185 Colfax St. died at 8:22 p.m. Friday (October 2, 2009) in W.C.A. Hospital. A lifelong area resident he was born September 25, 1918 in Celoron, NY a son of the late Herman and Lucy Badders Hall. Prior to his retirement he was employed in the maintenance department of the former Watson Manufacturing Company and in earlier years had worked for the General Heating Company and also worked for the Gulf Gas Station at the corner North Main and Fluvanna Ave. He was a life member of the Jamestown Moose Lodge and also a member of the Lakewood Rod &amp; Gun Club, the Busti Men's Association and the Ingjald Lodge # 165 Independent Order of the Vikings. He will be remembered as one who loved to spend time camping and enjoyed bowling. Surviving are two daughters Janice Manchester of Bonita Springs, FL, Judy Carr of Mayville, NY, a son Charles Hall of Ashville, NY, seven grandchildren Jody Crane of Richmond, VA, Janelle Durstine, Christopher Hall both of Ashville, Rick Weller, Debbie Meyers both of Bonita Springs, Heather Rasmussen of Jamestown, Jennifer Hall of Clymer, seven great grandchildren Samantha Weller of Greenhurst, Rick Weller, Jr of Pitts. PA, Brandon Michael Crane of Richmond, VA, Keira and Kristy Durstine both of Ashville, Nichole and Kaytlyn Rasmussen both of Jamestown, a brother James Hall of Panama, his niece Sue Abers of Panama and his two nephews David Hall of Panama, Jim Hall of Jamestown. Besides his parents he was preceded in death by his wife the former Dorothy J. Hook Hall whom he married December 16, 1939 and who died February 22, 1986. The funeral will be held at 1:30 p.m. Tuesday in the Lind Funeral Home. The Rev. Melvin R. McGinnis, pastor of the Kiantone Congregational Church will officiate. Burial will be in the Sunset Hill Cemetery. Friends will be received from 7-9 p.m. Monday in the funeral home. Memorials may be made to the Moosehaven, 1701 Park Ave. Orange Park, FL 32073 or to the Alzheimers Association of Western New York, 2805 Wehrle Drive Suite 6, Williamsville, NY 14221-7380
Print