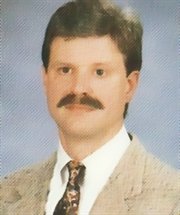 Donald Putnam Clark passed away on September 16 at WCA Hospital in Jamestown, New York. He was born in 1948 in Jamestown and was a graduate of Jamestown High School (1966) and the University of Michigan (Ann Arbor, 1972). He pursued graduate studies in microbiology and immunology at the Upstate Medical Center in Syracuse from 1972 to 1978. He worked as a research scientist with Guilford/Corning Diagnostics from 1978 to 1980 where he worked on the development of products for the clinical market in immunodiagnostics and received a patent in ELISA technology. He co-founded Clark Laboratories, Inc., with other individuals, in Jamestown in 1980. Clark Labs was a research, development, and manufacturing company working in immunodiagnostics in infectious diseases of humans and animals for the development of accurate, simple, and quick clinical laboratory tests sold internationally to hospitals and veterinary clinics. He later founded Encore Laboratories in Jamestown. Donald was an entrepreneur and visionary in the elegant design of clinical tests and in the marketplace of diagnostic products that used simple colormetric ELISA assay technology instead of radioactive isotope markers. He was a member of many scientific organizations through the years that were pertinent to his work. Donald was a beloved son, husband, and father. He will long be remembered for his wacky sense of humor and brilliant mind. His love of the arts, all types of music (except country), and great taste continues to inspire those who were a part of his life. Many wonderful memories were made when he cooked and shared his love of life with others. Quirky to the end, he will be terribly missed by family and friends. He is predeceased by his father, Fitzgerald Hartan Clark and mother, Alfreda Hilldale Clark. He is survived by his wife, Cindy Carlson Clark, son William Carlson, his daughter, Lisa Clark Grazier (Todd), and granddaughters Emily, Eleanor, and Elizabeth. Also survived by aunt Evelyn Hilldale. Memorial Service will be held at Lind Funeral Home, Inc., Monday, September 21, 7 p.m. Family will receive visitors from 6 p.m. to 7 p.m. Pastor Daniel Rumfelt will officiate. In lieu of flowers, donations may be made to Chautauqua County Humane Society, 2825 Strunk Rd., Jamestown, NY 14701 or James Prendergast Library Association, 509 Cherry St., Jamestown, NY 14701.
Print