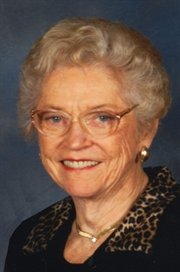 Autumn C. Turner, 82, of 6 Hawthorne Ave., Lakewood, died September 15, 2009, in WCA Hospital, after a courageous battle with Parkinsonism. She continued to remain active despite her difficulties until her death. A lifelong resident of the Jamestown area, she was born February 4, 1927, the daughter of the late Howard and Beulah Shulters Cook. She attended Falconer High School and later graduated from Warren High School in 1944. Following graduation she attended Mt. Sinai Hospital School of Nursing in New York City graduating in 1947. She was employed by the former Jamestown General Hospital as a registered nurse in the surgical department. She was a member of Christ First United Methodist Church having served on the board of trustees for more than 20 years. She also served on the church building committee and altar and guild. She was a member of Creche for more than 47 years beginning in 1962. For 30 of those years she served in multiple leadership capacities. She continued to offer her services for an additional 17 years as an associate member. She served on the Warner Home board of directors for 22 years. She also served on the Chautauqua Lake Association board of directors from 1981 to 1999 and held several positions as an officer. She was a member of Jamestown General Hospital Auxiliary WCA hospital Auxiliary, Chautauqua Lake Yacht Club, Moon Brook Country Club, Holimont Ski Club, Ellicottville Ski Club, Norden Women's Club and the Lakewood Garden Club. She was an avid sports fan and enjoyed rooting for the Falconer Golden Falcons, Jamestown Red Raiders, the Buffalo Bills, Cleveland Browns and the Buffalo Sabres. She sailed competitively with her husband and family for 25 years, winning many season and regional championships including the Eastern E-Scow Championships in 1965. She loved spending time with her family and especially her 13 grandchildren. She enjoyed tennis, gardening and her pets. Surviving are her loving husband of 61 years Richard E. Turner, whom she married Sept. 4, 1948; four children: Dawn (Stephen) Columbare of Jamestown, Richard (Terry) Turner Jr. of Lakewood, Geoffrey (Jenny) Turner of Ashville, and Marcus (Amy) Turner of Lakewood, She is also survived by thirteen grandchildren: Kristen (Kevin) Berwald of Renton, Wash., Nicholas Columbare of Rochester, Curtis and Ryan Columbare of Jamestown, Richard E. Turner III of Chicago, Ill., Anna and Alex Turner of Ashville, Bradley, Lauren, Amy-Katherine, Alyson "Sebby", Cameron and William Turner, all of Lakewood. Besides her parents, she was preceded in death by a brother, Paul Cook. Friends will be received Friday from 2 to 4 and 7 to 9 p.m. in the Lind Funeral Home. The funeral will be held Saturday at 10 a.m. in Christ First United Methodist Church, Jamestown. Memorials may be made to Christ First United Methodist Church Living Endowment Fund or the WCA Hospital Emergency Department Building Fund.
Print