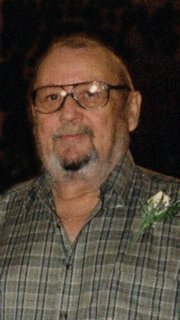 Ralph R. Pratt, Jr. 80, of 66 McDaniel Ave. died at 9:07 a.m. Saturday (August 22, 2009) in W.C.A. Hospital. A lifelong area resident he was born March 6, 1929 in Jamestown, NY a son of the late Ralph R. and Olive Lyons Pratt, Sr. Before his retirement he was a furniture maker for the former Union National Company and had earlier worked for the former Maddox Table Company and the Fancher Chair Company. He was a member of the Jamestown Moose Lodge and loved to fish and had also participated in several area bowling leagues. In later years he was an avid pool player. He will be remembered as a loving and caring father and grandfather. Surviving are six children, Gloria Card, Ethel Hall, Pat Pratt, Don Pratt, Tina Pratt, Ralph Pratt, III, 16 grandchildren, several great grandchildren, five step-children, Debbie Dean, his caregiver for many years, Donna Seekings, Linda Fraley, Ron Dean, Cathy Kennedy, several step-grandchildren and step-great grandchildren. He was preceded in death by his father Ralph Pratt, Sr. his longtime companion Helen L. Bush Dean, a step-son Steve Dean and several brothers and sisters. A memorial service will be held at 3:00 p.m. Thursday in the Lind Funeral Home. The Rev. Samuel Shreffler, chaplain of Heritage Village Rehab and Skilled Nursing will officiate. Friends will be received from 1-3 p.m. Thursday in the funeral home. Memorials may be made to the Ralph Pratt, Jr. Service, c/o Lind Funeral Home, 805 West Third St. Jamestown, NY 14701
Print