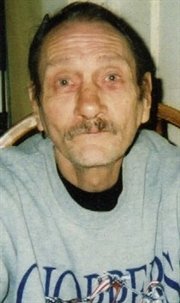 Henry L. Whitcomb, 62, of 110 West Third St. died at 5:50 p.m. Friday (August 21, 2009) in W.C.A. Hospital. An area resident for most of his life he was born November 12, 1946 in Corry, PA a son of the late Herman and Hazel Chapman Whitcomb. In earlier years he had worked for the Ellington Hardware Company and for the former Jamestown Veneer and Plywood Company. He will be remembered as one who loved to collect model cars and die cast cars. Surviving are his wife the former Sandra Elder whom he married July 4, 1996, six step children, Tammy Peace of NC, Stephen, Brian, Ricky, Nicole Carlson all of Jamestown, Justin Carlson of Warren, PA, five stepchildren by a previous marriage and also survived by several step-grandchildren and several step-great grandchildren. The funeral will be held at 11:00 a.m. Wednesday in the Lind Funeral Home. Burial will be in the Fluvanna Cemetery. Friends will be received for one hour prior to the service on Wednesday in the funeral home.
Print