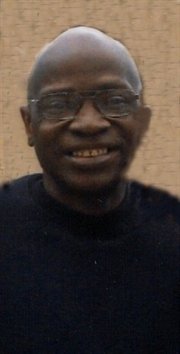 Bernard Williams, 51, of 11 West Tenth St. died at 4:00 p.m. Saturday (August 8, 2009) in W.C.A. Hospital. A Jamestown resident for the past five years he was born April 8, 1958 in Buffalo, NY a son of the late Norris and Annie McNeal Williams. Prior to his retirement due to ill health he was employed as a machine operator for Phoenix Metal Corporation for several years. He will be remembered as one who loved his family and loved spending time with his grandchildren and traveling. Surviving are his wife the former Deborah J. Velten whom he married on April 25, 2009, a daughter Rashida Williams, a son Hassen Green both of Buffalo, NY, a grandson, Elias Green of Buffalo, four step children Paula Villa, Amanda Rose, Nicholas Rose, Angelo Villa all of Jamestown, five step grandchildren, Nenito Herrera, Itza Rose, Jalysa Villa-DuBois, Cheito Perez, Jr., Frederick DuBois II all of Jamestown, two sisters Terry Williams, Peggy Robertson both of Buffalo, a brother in law Eddie Drzal of Buffalo, several nieces and nephews and his former wife Brenda Renfroe of Buffalo. Besides his parents he was preceded in death by a brother Aaron Williams and two sisters Sharon Williams and Sheila Ann Williams. The funeral will be held at 2:00 p.m. Wednesday in the Lind Funeral Home. The Rev. Leroy Walker, pastor of the Emmanuel Baptist Church will officiate. Friends will be received for one hour prior to the service on Wednesday in the funeral home.
Print