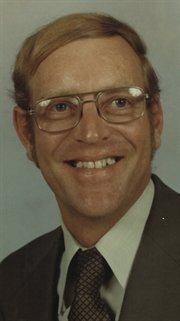 Obituary of David A. Cohen

David A. Cohen, 69, of 308 Curtis St. Ext, (Moon Brook Farm) died Sunday July 5, 2009 in Saint Vincent's Hospital, Erie, PA. He was born October 2, 1939 in WCA Hospital, Jamestown, the son of Nathan and Jean E. Olson Cohen. A 1958 graduate of Jamestown High School, David had hoped to further his education, however, he did not pass the entrance exam at Jamestown Community College. This left a lasting impression and impacted his life. On August 10, 1959, he began operating and running Naco Truck Leasing, Inc. as Vice President. David's father started Naco in 1946, but died suddenly in 1959 leaving David to run the business. At that time Naco was Watson Manufacturing Co., Inc.'s sole trucking company, hauling their metal furniture from 1946 to 1975. In the interim, David was drafted into the US Army on June 12, 1963 until honorably discharged June 12, 1965. His company later became known as Naco Express, and grew in a multi-million dollar company. Naco had leased, hauling contracts with Norgas Propane C., Dowcraft Corp., Matthews Tire &amp; Tread Co., Jamestown Metal Products Co., Blackstone Corp., and foremost Watson manufacturing Co., Inc. David operated his trucking fleet proudly and kept his facilities spotless and financially sound. David wanted to convey to the reader that a person does not have to be a college graduate to be a success in life: but rather with hard work, seven days a week, and staying focused on your job success can be achieved. Also, don't ever venture into something that you know nothing about. David enjoyed his farm in later years, especially mowing, while still working at Naco. He never took up golf, fishing or hunting. Naco was his passion. David was a member of First Covenant Church and Christ First United Methodist Church. He belonged to East Side Fellowship, War Vets Recreation Club, Herman Kent Post 777 American Legion, Lakewood Rod and Gun Club and Moon Brook Country Club. David is survived by his wife jean Webster Cohen, whom he married August 20, 1976, one son Nathan D. (Linda) Cohen of Jamestown, a stepdaughter Carol Brooks of Houston, TX, a stepson Dana P. DeMambro fo Colorado, six step grandchildren and two sisters, Dorothy Tomkiewicz of Jamestown and Beverly Cohen, Ph.D. of Santa Fe, NM. The funeral will be held at 11 a.m. Wednesday in the Lind Funeral Home. Rev. David L. Trosper will officiate. Burial will be in Lake View Cemetery. Friends will be received from 2-4 and 7-9 p.m. Tuesday in the funeral home. Memorials may be made to Falconer Public Library, 101 W. Main St., Falconer, NY 14733 or Chautauqua County Humane Society, 2825 Strunk Rd., Jamestown, NY 14701.
Print