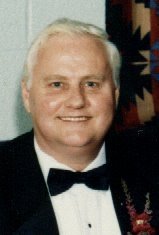 George G. Gustafson, 70, of 32 Newton Ave., died at 10:15 a.m. Friday, July 3, 2009 in his home. He was born in Jamestown on March 30, 1939, a son of the late Harry F. and Irene Johnson Gustafson, and graduated from Jamestown High School in 1958. He was employed for 34 years by SKF-MRC Bearings in Falconer, retiring as an inspector. Following his retirement, he repaired lawn mowers and truly enjoyed retirement. George's first and foremost commitment was to his family. He had a wonderful sense of humor and found joy in the simple pleasures of life. He had a gift for being able to talk easily with everyone he met. Surviving is his wife of 48 years, Ethel V. Abrams Gustafson, whom he married July 29, 1961; three children: Brenda Terry and Rebecca Whitman, both of Jamestown and G. Jeffrey (April) Gustafson of Lakewood; five grandchildren: Nicholas (and fiance Amie Rykaczewski) Terry, Kristen Terry and Brett Caden Scarem, all of Jamestown, and Erika and Hunter Gustafson of Lakewood; two brothers: Brian (Donna) Gustafson of Jamestown and Harry Gustafson of Illinois; and two sisters-in-law: Beryl (Joe) Johnson of Jamestown and Florence (Tom) Bigney of Ohio. In addition to his parents, he was preceded in death by two brothers, James and Jack Gustafson. The funeral will be held at 6:00 p.m. Monday in the Lind Funeral Home. The Rev. Violet A. Davidson will officiate. Entombment will be Sunset Hill Cemetery. Friends will be received for two hours prior to the service in the funeral home Monday.
Print