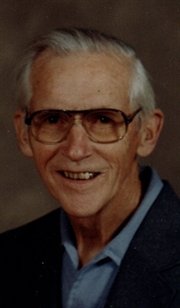 Obituary of Frank A. Crick

Frank A. Crick, 87, of 57 Cowden Place, died Thursday July 2, 2009, in Heritage Green Rehab and Skilled Nursing. He was born January 19, 1922, in Busti, a son of William and Ada Crossley Crick. Following graduation from Jamestown High School in 1939 he served in the US Army during WWII from 1942 to 1946. Prior to his retirement he was employed by the City of Jamestown as a fireman and was also a self employed painter and wall paper hanger for many years. He was a member of Pilgrim Memorial United Church of Christ. He led a Boy Scout Troop for many years. He and his wife owned a summer home in Bourne's Beach, Westfield where they spent 32 summers. He loved camping, travelling with family, gardening and fishing. Surviving are his wife the former Mary Eggleston, whom he married March 3, 1944, four children Roger (Vera) Crick of Gladstone, MO, Carol (Terry) Berg of Athens, GA, Wesley (Molly) Crick of Monroe, NY and Tom (Jane) Crick of Mission Viejo, CA, six grandchildren and five great grandchildren. He was preceded in death by three brothers Luther, Clyde and Ralph Crick and a sister Ruth Larson. A private memorial service will be held at the convenience of the family. Inurnment will be in Sunset Hill Cemetery. Visitation will not be observed. Memorials may be made to Pilgrim Memorial United Church of Christ, 70 McKinley Ave., Jamestown, NY 14701.
Print