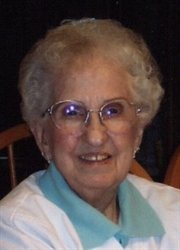 Virginia M. Comiski Pearson, 81, of 260 Schuyler St., Apt. 5, formerly of 38 Sturges St., died Tuesday (June 30, 2009) in WCA Hospital. An area resident since 1943, she was born October 25, 1927 in Oil City, Pa., the daughter of the late Alfred and Mae Swartzlander Comiski and attended Oil City High School. In earlier years she had been employed by Proto Tool Co. and more recently by Cummins Engine, retiring in March of 1990. She was a member of Jamestown TOPS, Frewsburg Senior Citizens and the Proto Tool Retirees. Virginia will be remembered for her love of her children, grandchildren and great-grandchildren. She is survived by her husband, Allen D. Pearson, whom she married August 9, 1959; four children: Linda (Dave) Cusimano of Ashville, Warren (Cathy) Kinney of Kennedy, and Ron (Karen) Schulz and Kevin (Janice) Pearson of Jamestown; eleven grandchildren and six great-grandchildren; and two sisters, Charlotte Rybak of Rockwall, TX and Sandy Kurtich of Oil City, Pa. In addition to her mother who died in 1928 and father who died in 1965, she was preceded in death by her step mother, Mary Comiski who died in 2009; three sisters, Mary Scime, Ardean Graves and Ida Mae Reed; and a brother, Chuck Henderson. The funeral will be held at 11:00 a.m. Monday in the Lind Funeral Home. The Rev. C. Gordon Bloomberg will officiate. Burial will be in Sunset Hill Cemetery. Friends will be received from 1 to 4 p.m. Sunday in the funeral home. Memorials may be made to the Roswell Park Cancer Institute, P.O. Box 631, Buffalo, NY 14240-0631.
Print