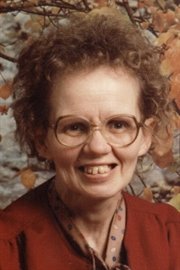 Ethel M. Rutland Ethel Madeline Marie Rutland, 71, of Jamestown, died surrounded by family at 9:30 a.m. Tuesday (June 16, 2009) at Heritage Green Rehab &amp; Skilled Nursing. A longtime area resident, she was born August 24, 1937 in Detroit, MI, the daughter of the late Frank and Hilma Holmberg Johnson, and attended local schools and Jamestown Community College. For many years she had worked as a Certified Nurses Assistant at Jamestown General Hospital, WCA Hospital and Manor Oak, retiring in 1999. Ethel was an active member of the Salvation Army where she had been involved in the Home League, Songsters, String Band and played coronet in the Band. She also enjoyed ice skating, knitting and loved dogs. Surviving are five children: Gene (Diane) Rutland of Jamestown, Glenn (Deborah) Rutland of Simsbury, CT, Scott (Marsha) Rutland of Lancaster, PA, Diane (David) Shatto of Los Angeles, CA and Cheryl (Hervey) Lockhart of Jamestown; ten grandchildren: Gabriel, Joshua and Nathaniel Rutland, Damien, Jacob and Samantha Rutland, Amy Shatto, Holly and Heidi Covert, and Kenneth Lockhart; and a brother, Leroy Holmberg of Jamestown. In addition to her parents, she was preceded in death by an infant grandson, Elijah Scott Rutland and three brothers, Franz Jornburg of Stockholm, Sweden and Eugene and Roger Holmberg. The funeral will be held at 11:00 a.m. Friday at the Salvation Army. Major Richard Best will officiate. Burial will be in Sunset Hill Cemetery. The family will receive friends for two hours prior to the service at the Salvation Army Friday. Memorials may be made to the Salvation Army, 83 S. Main St., Jamestown, NY 14701. Funeral arrangements are by the Lind Funeral Home.
Print