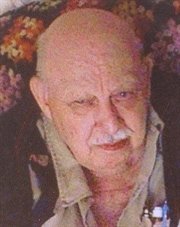 Wilbur E. "Shrimp" North, 92, of 112 E. Hinton St., Clayton, NC, formerly of 141 W. Fairmount Ave., Lakewood, died Sunday (June 14, 2009) at The Brian Center in Clayton. An area resident until his move to North Carolina in 1980, he was born in Falconer, NY on December 8, 1916, the son of the late Frank and Della Thompson North and graduated from the former Lakewood High School. He was initially given the name "Shrimp" by his high school football team members and has continued to be known so ever since. He was employed by and remained with the Lackawanna Railroad in Buffalo during the years of World War II and later worked for 27 years for the Jamestown Municipal Light Plant, retiring as shift foreman. Shrimp was a volunteer fireman for the Lakewood Fire Department and a long-time member of the Lakewood Rod &amp; Gun Club. He was an avid fisherman while living in New York and until the time of his death spoke of returning to his beloved Chautauqua Lake. Surviving is his wife of 71 years, Vivian Carlson North of Clayton, NC; two daughters, Judy (Bruce) Carlson of Lakewood and Nancy (Terry) Seeley of Clayton; six grandchildren: David Herron and Tia Meadows, both of Clayton, Randy Herron of Lakewood, Tracey Wright of Smithfield, NC, Terry Seeley Jr. of Wade, NC and Debra Larsen of Celoron; eleven great grandchildren: John and Matthew Herron, Jennifer and Jessica Meadows, Christopher and Brandon Wright and Terry Seeley III, all of North Carolina and Josh and Ryan Seeley, Adam Reeves and Heather Maher, all of New York; and nine great-great grandchildren. The funeral will be held at 1:00 p.m. Friday in the Lind Funeral Home. Peter Dawson, Fire Chaplain, will officiate. Friends will be received for two hours prior to the service in the funeral home Friday. He will be laid to rest next to his infant grandson, Michael Herron who preceded him in death, at Sunset Hill Cemetery overlooking "Shrimp's Lake".
Print