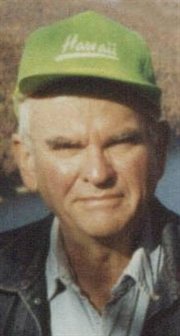 Howard L. Turck, 81, of 1513 Stillwater Street, died Sunday October 24, 2010, in his home. A native of Clymer, NY, he was born February 26, 1929, a son of the late Ernest Turck and Myrtle Emory Turck Pardoe. He was a graduate of Clymer Central School and served in the US Army during the Korean War as a military policeman. Prior to his retirement he was employed by the former Chautauqua Hardware for 35 years as a foreman. He was a member of Stillwater United Methodist Church and the Chautauqua Lake Antique Auto Club. He loved building houses and working with wood, antique cars and John Deere tractors. Surviving are his wife the former Irene Russell, whom he married April 10, 1953; three children Russell (Shiela) Turck of Jamestown, Cindy Pattison of Busti and Connie (Terry) Whitton of Kennedy; eight grandchildren Renee Turck, Nathan (Lindsey) Turck, Megan Turck, Steven Pattison, Katie (Adam) Valvo, Holly Pattison, Heidi Whitton and Cody Whitton; a sister Marilyn (Wendall) Ball and a brother Gerald Turck. Besides his parents he was preceded in death by a brother George Turck. The funeral will be held at 11 a.m. Wednesday in the Lind Funeral Home. Rev. Aaron Bjork will officiate. Burial will be in Bear Lake Cemetery. Friends will be received from 6-8 p.m. Tuesday in the funeral home. Memorials may be made to Hospice of Chautauqua County, 20 West Fairmount Avenue, Lakewood, NY 14750. You may light a candle in remembrance of Howard at www.lindfuneralhome.com
To plant a tree in memory of Howard Turck, please visit Tribute Store
Services for Howard Turck
There are no events scheduled. You can still show your support by planting a tree in memory of Howard Turck.
Visit the Tribute Store
Plant a Tree
Print
Share A Memory
Plant a Tree