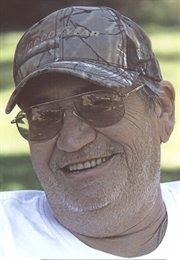 Wilson L. "Will" Hamilton, 56, of 4020 Mead Rd. Jamestown passed away unexpectedly at 8:41 p.m. Friday (October 29, 2010) in the emergency room of Brooks Memorial Hospital, Dunkirk, NY. A lifelong area resident he was born September 5, 1954 in Jamestown, NY a son of the late Roger E. and Sylvia Carlson Hamilton. He was currently employed by Titanx Engine Cooling, formerly Valeo Engine Cooling, where he has worked for the past 36 years and was a member of the Union Local #2105. Will was an avid fan and loved watching NASCAR Racing. He loved to go camping with family and friends and also enjoyed spending time with his family, especially watching his grandchildren. He also loved the family cat "Skittles". Surviving are his wife the former Marcia Meacham whom he married February 29, 2004, a daughter Sheri Hamilton (Dan Mundt) of Warren, PA, two sons William Hamilton, Raymond Hamilton both of Jamestown, his step-children Barbara (Art) Silvis of Ashville, Jamie (Bill) King, Daniel Schroder, Robert Schroder, Chris (Jessica) Lamper all of Jamestown, a grandson Alex Mundt of Warren, PA, 12 step-grandchildren Desirea, Steven, Levi and Aaron Cochran, Brent Thomson, Mariza, Malcom, Maria and Katelyn Schroder, Toryanna Lamper all of Jamestown, Matthew and Marcus King both of Ashville, a step-great grandson Aiden Cochran, a sister Mary Kaye Mason of Ashburn, VA, and a brother John (Sharon) Hamilton of Greenhurst. He is also survived by many nieces and nephews. Besides his parents he was preceded in death by a son Daniel Hamilton who died in 1976, and his brother Bradley Hamilton who died in 2007. The funeral will be held at 1:30 p.m. Tuesday in the Lind Funeral Home. The Rev. David E. Shultz will officiate. Burial will be in the Busti Cemetery. Friends will be received from 2-4 &amp; 7-9 p.m. Monday and for one hour prior to the service on Tuesday in the funeral home. Memorials may be made to the Chautauqua County Humane Society, 2825 Strunk Rd. Jamestown, NY 14701.
To plant a tree in memory of Wilson Hamilton, please visit Tribute Store
Services for Wilson Hamilton
There are no events scheduled. You can still show your support by planting a tree in memory of Wilson Hamilton.
Visit the Tribute Store
Plant a Tree
Print
Share A Memory
Plant a Tree