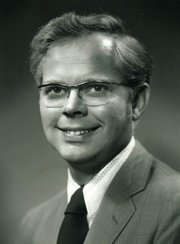 Russell L. Johnson, 82, formerly of 51 Durant Ave. in Jamestown, died Tuesday, November 2, 2010 at Heritage Village Rehab &amp; Skilled Nursing. He was born into a musical family in Jamestown on May 26, 1928, the son of the late LaVerne R. Johnson, a baritone soloist and Edith Anderson Johnson, a talented pianist. Russell began violin lessons at the age of nine and continued his study throughout school. He graduated from Jamestown High School in 1946 and Fredonia State Teacher's College in 1950. He received his Masters Degree in Music Education from Fredonia State in 1958 and completed further studies in education administration at the University of Buffalo. While teaching at Mayville Central School, he was called into the US Navy, having been in the Naval Reserve. He served in the Navy until 1953 with duty aboard the USS Lake Champlain. While in the Navy, he had the opportunity to attend the Naval School of Music in Washington, DC. Following his discharge, he taught at Newfane Central School. In 1956, Russell became the string teacher for the Jamestown Elementary Schools and directed the high school orchestra. In 1968, he became the head of the music department for the Jamestown Public Schools, a position he held until 1983. Russell was instrumental in beginning the Suzuki method of violin instruction in the public schools, now in its 25th year and under the guidance of Nina Karbacka. He also organized and started a high school orchestra at Chautauqua Institution. He was co-founder of the Living Christmas Tree, performed each holiday season for the last 25 years and which he directed for 13 years. Russell also served as president of the Jamestown Concert Association three different times. He was a lifelong member of First Covenant Church. Russell served as choir director for 25 years and in 1976, took the choir to Sweden to sing in Covenant churches. While in Stockholm, the choir visited the palace and had an audience with and performed for King Gustaf and Queen Silvia. He also created his own travel service, 'Russell Tours', and led bus tours to such places as Washington, DC, Philadelphia and Prince Edward Island. Surviving are his wife, JoAnn Fieldhouse Johnson, whom he married April 12, 1952; three daughters: Nan (Andrew) Lasser of Oakmont, PA, Janice (Joseph) Braeger of Falconer, NY and Anne Marie (Michael) Harrington of Bethlehem, PA; and eight grandchildren: Allison Lasser of Providence, RI, Max and Will Lasser of Oakmont, Ryan Braeger of Webster, NY, Colin and Shannon Braeger of Falconer, and Danny and Maggie Harrington of Bethlehem. The funeral will be held at 11:00 a.m. Saturday in the First Covenant Church. Anyone wishing to join the choir for the choral portions of the service is welcome to do so. Please meet in the sanctuary of First Covenant Church at 10:00 a.m. Saturday for a rehearsal. Black &amp; white attire is required. Burial will be in Lake View Cemetery. Friends will be received from 2 to 4 and 7 to 9 p.m. Friday in the Lind Funeral Home. Memorials may be made to First Covenant Church, 520 Spring St., Jamestown, NY 14701; or to the Suzuki Scholarship Fund at the Chautauqua Region Community Foundation, 418 Spring St., Jamestown, NY 14701.
To plant a tree in memory of Russell Johnson, please visit Tribute Store
Services for Russell Johnson
There are no events scheduled. You can still show your support by planting a tree in memory of Russell Johnson.
Visit the Tribute Store
Plant a Tree
Print
Share A Memory
Plant a Tree