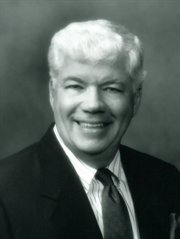 Obituary of Frank A. Farrell

Frank A. Farrell, Jr., 72, of 112 Waldemere Way, Lakewood, NY, died peacefully Saturday, November 6, 2010 in Boca Raton, Florida with his family by his side. A native of New Jersey, he was born January 19, 1938, in Newark, a son of the late Francis and Mary Irvine Farrell, Sr. Following graduation from high school, he went on to Seton Hall University where he earned a B.S.in Business Administration. He served in the US Marine Corps Reserve for five years. Mr. Farrell started his business career with General Motors Corporation in Clark, NJ, where he served as General Superintendent and was promoted to Divisional Production Control Manager in 1973 for the New Department/Hyatt Bearing Division. Moving to Jamestown, NY in 1975 he joined Hope's Windows as Vice President of Manufacturing and was named President in 1978. He purchased the company in 1982 and continued to serve as CEO and President until the time of his death. He was a member of American Society of Metals, Construction Specifications Institute, and American Management Association. He served as Chairman of the Steel Window Institute. He was a past director of the Manufacturer's Association of the Jamestown Area, past director and past president of Moon Brook Country Club and served on the Advisory Board of HSBC. Mr. Farrell was an active participant of the New York State Troopers Helping Hands Foundation, United Way of Southern Chautauqua County, Benevolent Protective Order of Elks Jamestown Lodge #263, Lakewood Rod &amp; Gun Club, American Legion Lakewood Memorial Post 1286, Reg Lenna Civic Center, Roger Tory Peterson Institute and Chautauqua Region Community Foundation. Surviving are his wife of 41 years, the former Mary Manzo, two children: F. Scott (Rose Marie) Farrell and Kelly D. (Robert, Jr.) DuBois of Lakewood; three grandchildren: Frankie S. Farrell, Jr. Sylvester J. Farrell and Cassidy Brynn DuBois; a brother, Richard Farrell of Jamestown and three sisters, Marilyn Longstreet of Manahawkin, NJ, Linda Doscher of East Hanover, NJ and Helen Scalza of Bluffton, SC. He is preceded in death by his parents. Frank lived life to its fullest. His family and friends knew they could count on him for anything. His generosity, good works, indomitable spirit, and love of life will live after him for decades to come. Frank A. Farrell Jr. was a "True Great American". He was truly loved and will be deeply missed. A Mass of Christian Burial will be Friday, November 12, 2010 at 10 a.m. in Holy Apostles Parish Ss Peter and Paul Church. Burial will be in Holy Sepulchre Cemetery. Friends will be received from 3 to 7 p.m. Thursday in the Lind Funeral Home, where a Christian Wake Service will be led at 2:45 p.m. Memorials may be made to United Way of Southern Chautauqua County, 413 North Main Street, Jamestown, NY 14701, Former Troopers Helping Hands Foundation, P.O. Box 432, West Seneca, NY 14224-0432 or Chautauqua Region Community Foundation, 418 Spring Street, Jamestown, NY 14701. You may light a candle in remembrance of Frank at www.lindfuneralhome.com.
To plant a tree in memory of Frank Farrell, please visit Tribute Store
Services for Frank Farrell
There are no events scheduled. You can still show your support by planting a tree in memory of Frank Farrell.
Visit the Tribute Store
Plant a Tree
Print
Share A Memory
Plant a Tree