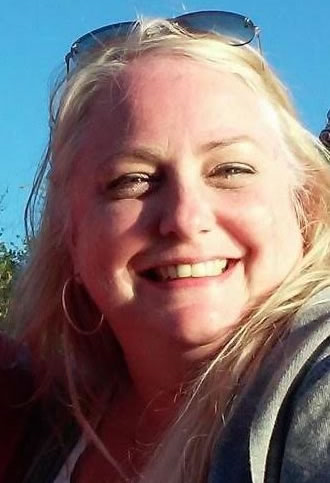 Debra Lynn Wigren, 49, of 10 Charles St., died unexpectedly Saturday, June 25, 2016, the result of an automobile accident. She was born December 1, 1966 and was the daughter of Shirley Lundmark Wigren and the late Carl C. Wigren. A 1984 graduate of Jamestown High School, Debbie was employed by STEL as a counselor. She was also a four year veteran of the United States Marine Corps, taking her basic training at Camp Lejeune, and stationed thereafter at Marine Corps Air Station El Toro. Debbie loved following her sons' sports, especially hockey. In addition to her mother of Jamestown, surviving are two sons, Nate Wigren of Buffalo and Collin Abbott of Jamestown; a brother, Doug (Marializ) Wigren of Jamestown; a niece, Gabrielle Wigren; and nephews, Marcus Lugo and Drew Wigren. She was preceded in death by her father, Carl Wigren, in 2009; maternal grandparents, Elof and Velma Lundmark; and paternal grandparents, Carl and Julia Wigren. The funeral will be held at 11 a.m. Wednesday, July 6 in the Lind Funeral Home. The Rev. Carolyn Stow, pastor of Kidder Memorial United Methodist Church, will officiate. Friends will be received from 6 to 9 p.m. Tuesday in the funeral home. The family suggests memorials be made to the Chautauqua County Humane Society, 2825 Strunk Rd., or Kidder Memorial United Methodist Church Memorial Fund, 385 S. Main St., both Jamestown, NY 14701.

Share Your Memory of
Debra
Upload Your Memory View All Memories
Be the first to upload a memory!
Share A Memory