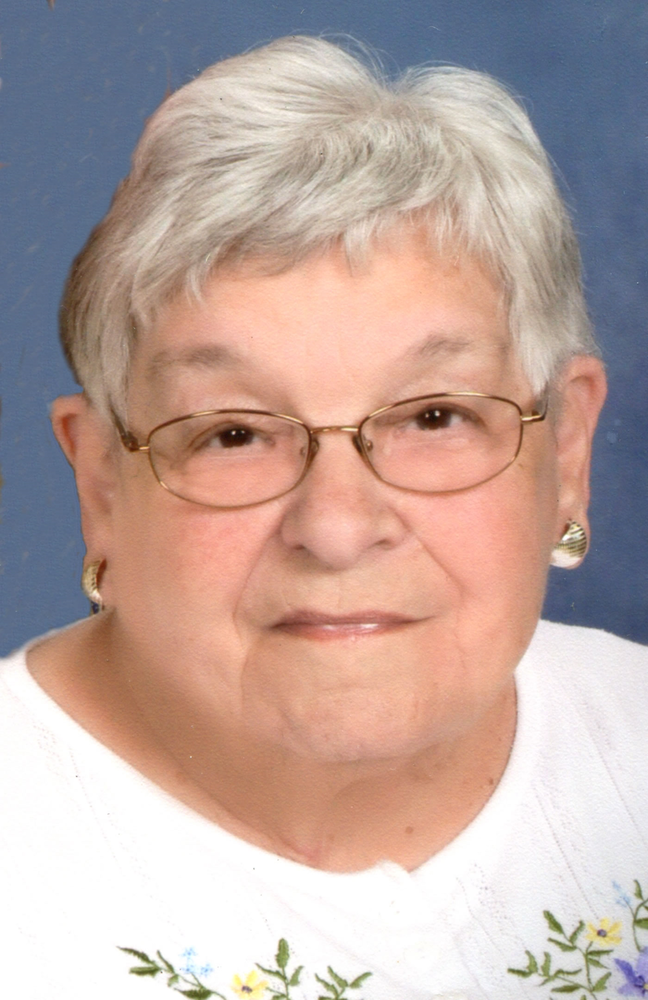 Sarah Jeanette Osborne, 83, of 714 Panama Bear Lake Rd. Panama, NY, passed away at 11:40 a.m. Thursday, August 10, 2017, in the Corry Memorial Hospital, Corry, PA. An area resident for most of her life, she was born September 8, 1933 in Bonanza, AR, the only child of the late Paul Henry and Marian Dufour Bridges. Before her retirement at the age of 75, she was employed by the AVI Foodsystems, Inc. of Falconer, NY. In earlier years she had worked for Tri-State Display and the Empire State Mutual Life Insurance Company. She was a longtime active member of the Panama United Methodist Church where she served as a youth group leader, lay member to the annual Methodist conference, was a former publisher of the monthly church newsletter, sang in the church choir, was involved in the United Methodist Women and Missions and enjoyed the monthly lunch bunch. She also spent many hours crocheting, reading and doing crossword puzzles. She made hundreds of blankets and afghans for her family and friends and those in need. She also enjoyed bowling with her many friends over the years. Surviving are a daughter; Paula (Peter) Komarek, a son; Joseph (Kelly) Osborne, both of Panama, five grandchildren; Johnathan (Jessica) Komarek of Hudson, NH, Matthew (Amanda) Komarek of Fremont, NH, Bradley (Shirley)Osborne of Wayne, PA, Corey Osborne of Birmingham, AL, Sarah Osborne of Panama and four great grandchildren; Mason and Elena Komarek, Harrison and Claire Osborne. Besides her parents she was preceded in death by her husband of 63 years, Arthur R. Osborne whom she married April 19, 1953 and who died May 17, 2016. A memorial service will be held at the Panama United Methodist Church at a later date and time to be announced by the Lind Funeral Home. Visitation will not be observed. Memorials may be made to the Center Point Capital Campaign, c/o Panama United Methodist Church, 12 Main St. Panama, NY 14767 or to the Paul Bridges 4-H Beef Scholarship Fund, c/o The Chautauqua Region Community Foundation, 418 Spring St. Jamestown, NY 14701.
To plant a tree in memory of Sarah Osborne, please visit Tribute Store
Services for Sarah Osborne
There are no events scheduled. You can still show your support by planting a tree in memory of Sarah Osborne.
Visit the Tribute Store

Share Your Memory of
Sarah
Upload Your Memory View All Memories
Be the first to upload a memory!
Share A Memory
Plant a Tree