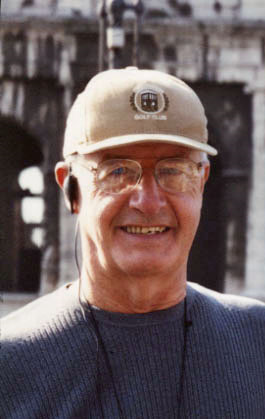 Charles W. Jordan, 86, formerly of Lakewood died Monday December 11, 2017, in the Lutheran Retirement Home. Charles was born August 8, 1931, in Danbury, CT, the son of the late Paul and Clara (Blackman) Jordan. In 1932 his family moved to Freeport, Long Island. He graduated from Freeport High School where he played on the basketball and football teams. After enlisting in the US Army in 1952, he attended Intelligence School at Fort Riley, Kansas. Upon completion of the program he was sent to Korea and was part of the Korean War. He was discharged in September of 1954 with the rank of sergeant. Charles graduated from Hofstra University in 1962 with both a Bachelor and Masters Degree in Secondary Education. His teaching career began in 1962 at North Babylon High School where he taught for seven years and served as the wrestling coach. In 1970 he accepted a learning center position at Southwestern Middle School and later taught Social Studies at Southwestern High School, retiring in 1988. Throughout his life he was interested in sports and spent many hours not only attending games, but also coaching teams. Some memorable days were spent with his golfing buddies. Surviving are two children Sheri Jordan of Jamestown and Glenn (Beth) Jordan of Rochester, NY; three grandsons Alexander Paul, Taylor Edward and Brian Willams Jordan; a sister Diane Jordan Stites of Westfield, NJ and Stites family nieces Deborah West, Cindy Nagel and Pam Rowe and Harvey family nephews Michael, Jeffrey and Christopher. Besides his parents he was preceded in death by a nephew Mark Harvey in 2016. A memorial service will be held at 11 a.m. Saturday in Christ Chapel of the Lutheran Home. Rev. Daniel S. Rumfelt will officiate. Inurnment will be in Veteran's Grove of Lake View Cemetery. Friends will be received for one hour prior to the service Saturday in the Lutheran Home. Memorials may be made to Chautauqua Region Community Foundation for the Village of Lakewood Non-Endowed Baseball Diamond Fund, 418 Spring Street Jamestown, NY 14701. You may leave words of condolence at www.lindfuneralhome.com.