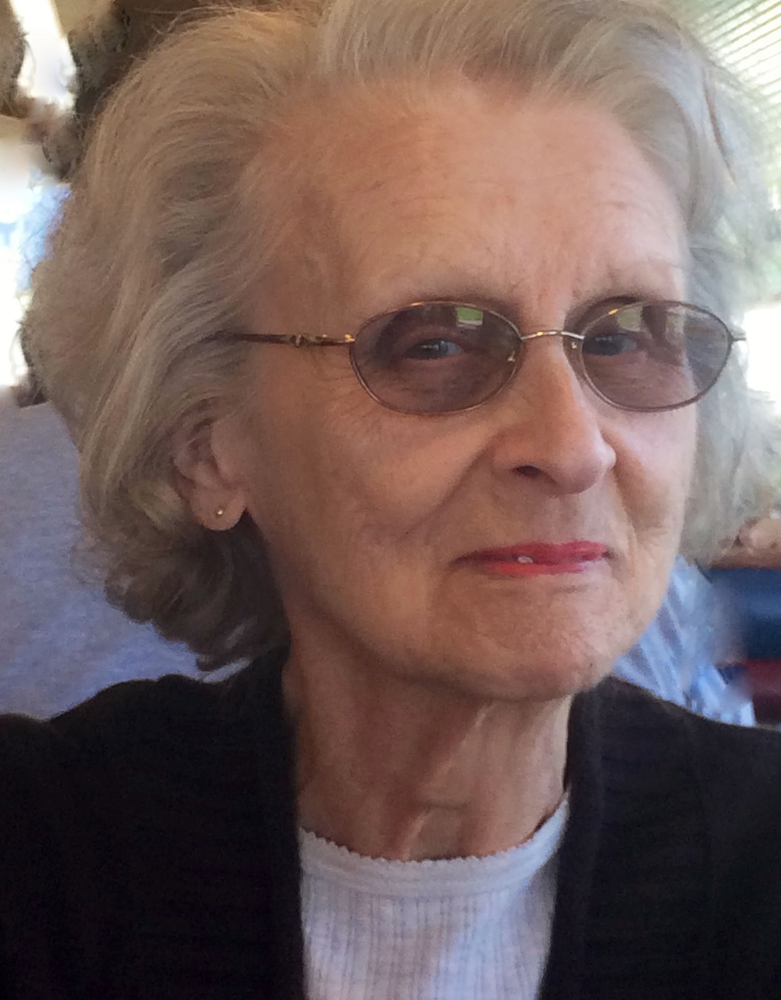 Gloria Mary Doolittle, 89, of Jamestown, New York, died Jan. 26, 2019 at Heritage Park Rehabilitation Center in Jamestown surrounded by her family. She was born January 6, 1930, in Buffalo, the daughter of Genevieve V. Ross. A great deal of Gloria's childhood was spent growing up with her grandmother, A. Evelyn Loun in Ripley, New York. She sometimes spoke of playing with the kids from nearby farms and grandma's country store. Gloria lived life on her own terms. She moved out on her own at the age of 16 and waitressed at the former 5-Point Coffee Shop. She attended Jamestown High School and in 1950 married her former husband Edward A. Doolittle raising five children together. Gloria was a wife, mother, and homemaker and in earlier years was employed by the Lad and Lassie Townshop and prior to retirement by Chautauqua County RSVP. Gloria's children were the most important part of her life. Her priority was that they have a stable, happy family and home life. She saw to it that they had aspects in their home lives that she herself had lacked. Gloria was always there for her kids and looked forward to their visits and also visits from the grand and great-grandchildren. She grew up in the big band jazz era, loved music, and looked forward to the local concerts. Her daughter will miss the Sunday afternoons they spent going for a drive and having lunch together. She is survived by a son, Edward A. Doolittle (Nancy), Jr. of Pasadena, MD, three daughters, Wendy Doolittle of Jamestown, Judith Johnson, Lancaster, PA, and Mary Pezzanite of Jacksonville, FL, and a step-daughter, Carol Doolittle; seven grandchildren: Daiman Parinella (Cheryl), Kellen Parinella both of Jamestown, Kevin Johnson (Janet), Lyndonville, NY, Melissa (Scott) Werner, Galena, OH, Lindsay Costanza, Jacksonville, FL, Joseph Pezzanite, Kenmore, NY, Michael Doolittle, Pasadena, MD, a brother William Ross of Jamestown, and a sister Marlayne Thomas, Muscogee, OK. In addition: sixteen great-grandchildren: Reese, Evan, Owen, and Elliana Parinella; Autumn Johnson-Werner, Zachary, Gracie Johnson, and Haleigh Johnson; Skylee Werner; Collin, Jaylin, Piper Guzinski; Samuel, Benjamin, Isabelle, and Alethea Costanza. Gloria was preceded in death by her son, David A. Doolittle, Dec. 22, 1969, her former husband, Edward A. Doolittle, Oct. 13, 2011, her grandson, David C. Johnson, Aug. 23, 2013 of Lancaster, PA, a brother Franklin W. Ross, Dec. 27, 2018, and her handsome black cat "Kit" in 2018. The funeral service will be held at 3 p.m. Friday February 1, 2019 in the Lind Funeral Home. The Rev. Timothy Phelps, Hospice Chaplain will officiate. The family will receive friends for two hours prior to the service Friday in the funeral home. Burial will be in Sunset Hill Cemetery. In lieu of flowers, memorials may be made to the Chautauqua County Humane Society, 2825 Strunk Road, Jamestown, NY 14701; or Chautauqua Hospice & Palliative Care, 20 W Fairmount Ave., Lakewood, NY 14750. You may leave a condolence at www.lindfuneralhome.com.
To plant a tree in memory of Gloria Doolittle, please visit Tribute Store
Friday
1
February

Share Your Memory of
Gloria
Upload Your Memory View All Memories
Be the first to upload a memory!
Share A Memory
Plant a Tree