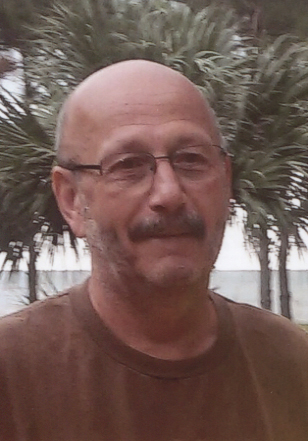 Timothy S. Ellis, 63, of 12 S. Allegheny Avenue, died Wednesday July 17, 2019, in UPMC Chautauqua. An area resident all of his life, he was born October 9, 1955, in Jamestown, a son of the late Edward and Margaret Evans Ellis. He was a 1973 graduate of Southwestern Central School. From 1973 to 2003 he was employed by Chautauqua Hardware and from 2004-14 worked at Cummins Jamestown Engine Plant. He was a member of Lakewood Rod and Gun Club, Chautauqua Lake Fishing Association, Moose Lodge and First Baptist Church. For several years he umpired with the Chautauqua County Baseball and Softball Association. Tim and his family are forever grateful to Tim's brother Donnie Ellis and dear friends Greg Tobias, Sam Dankovich, Mark Saxton and Dan Wendt. Surviving are his wife Betsy Fishwick Ellis, whom he married September 5, 1981; two children Amy Ellis of Charleston, SC and Thomas Ellis of Huntersville, NC; a brother Donald (Donna) Ellis of Jamestown; sister in law Kathleen "Kitty" Ellis and several nieces and nephews. Besides his parents he was preceded in death by a brother Edward Ellis and a sister Alma Jean Gordon. The funeral will be held at 10:30 a.m. Saturday in the Lind Funeral Home. Burial will be in Sunset Hill Cemetery. Friends will be received from 6-8 p.m. Friday in the funeral home. Memorials may be made to ALS Foundation, 890 7th N St #108, Liverpool, NY 13088. You may leave words of remembrance at www.lindfuneralhome.com.

Share Your Memory of
Timothy
Upload Your Memory View All Memories
Be the first to upload a memory!