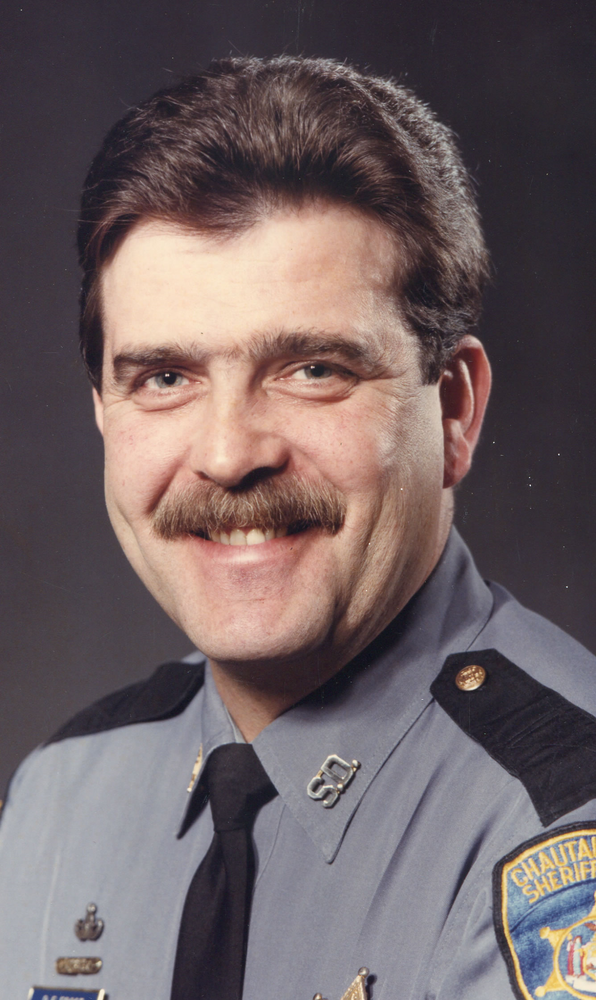 Danny E. Frost, 70, of 12 East Seventh St., W.E., passed away at 10:28 p.m. Tuesday, September 3, 2019, in his home following a brief illness. A lifelong area resident, he was born October 7, 1948 in Jamestown, NY, a son of Muzette Cobb Frost and the late Ernest R. Frost. He was a graduate of Cassadaga Valley Central School and earned an associate's degree from Jamestown Community College. He was also a graduate of the Chautauqua County Police Academy. Danny was a veteran of the U.S. Army serving from July 11, 1966 to June 21, 1969 during the Vietnam War. During his tour of duty he received the Good Conduct Medal, National Defense Service Medal, Vietnam Service Medal, Vietnam Campaign Medal, Bronze Star and the Purple Heart. Before his retirement he was employed as a deputy for the Chautauqua County Sheriff's Department from 1975 to 2001. During his career he was promoted to the rank of Sergeant in 1986 and graduated from the FBI Academy in Quantico, VA in 1991. He was a life member of the Vietnam Veterans of America and the Veterans of Foreign Wars and a member of the Chautauqua Lake Fishing Association. Surviving are his wife Eileen Ryan Frost whom he married August 29, 2009, his mother, Muzette Frost of GA, his children; Danielle F. Frost of Las Vegas, Tim Frost of GA, Darryl (Rebecca) Frost of Gerry, NY, a step-son, Jamon Ryan of Celoron, NY, four grandchildren; Caden, McKenna and Colton Frost of Gerry, Mackenzie Frost of GA, six step-grandchildren, Jamon Ryan, Jr., Cayden Ryan, Cionna Buck, Kymiah, Ellisai, and Kiyomi Ryan and his brother Donald (Pat) Frost of GA. Besides his father who died in 2018, he was preceded in death by his brother Timothy Frost who died in 1968. A memorial service will be held at 11:00 am Monday, September 9, 2019, in the Lind Funeral Home. The Rev. Dave McCarthy, retired pastor of the Gerry Free Methodist Church will officiate. Visitation will not be observed. Memorials may be made to Chautauqua County Hospice and Palliative Care, 20 West Fairmount Ave. Lakewood, NY 14750.
To plant a tree in memory of Danny Frost, please visit Tribute Store
Monday
9
September

Share Your Memory of
Danny
Upload Your Memory View All Memories
Be the first to upload a memory!
Share A Memory
Plant a Tree