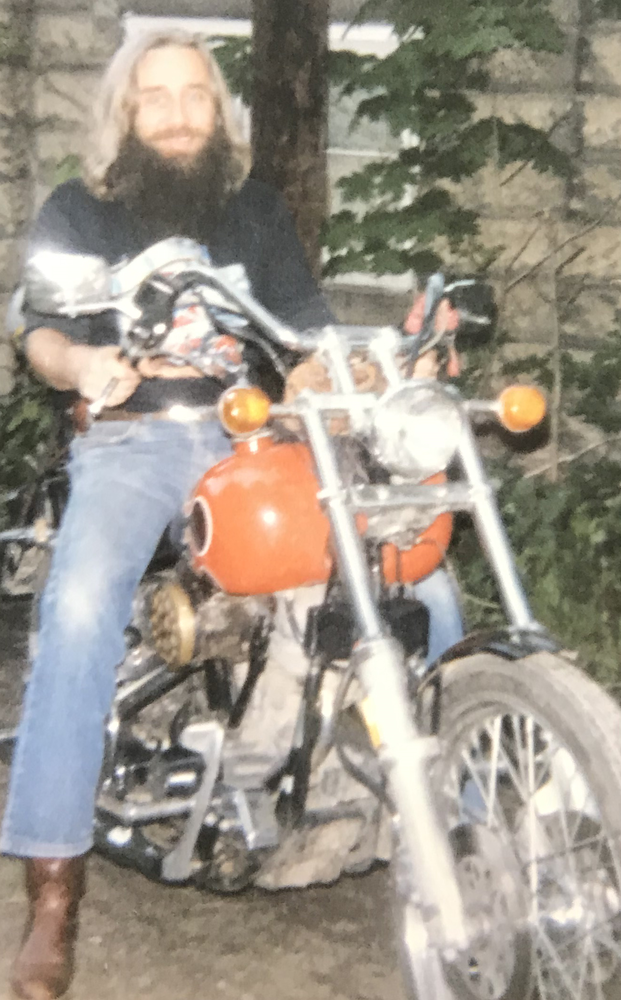 Paul L. "Zombie" Garbart, 72, of Jamestown, passed from this life at 2:24 pm Wednesday, September 4, 2019, in the Heritage Park Rehab and Skilled Nursing Facility. He was born June 20, 1947 in Oklahoma City, OK, a son of the late Charles and Helen Rumbaugh Garbart. Besides his parents he was preceded in death by his forever love, and partner in time, Victoria L. Carlson who died unexpectedly on May 24, 2018. Before his retirement, he was employed by several local factories including the former Marlin Rockwell Corporation. Paul was larger than life and lived life to the fullest. He loved Harley's, music, and had a soft spot in his heart for animals. He met many friends in his travels and was always up for an adventure. He will be remembered as a hardcore motorcyclist and a friend to all who knew him. Paul is survived by his first love, Mary A. Knepshield, his daughters; Natalie Garbart and Selina Phillips both of Jamestown, his brothers; David (Terri) Garbart, Chuck Garbart, his grandchildren; Taylor Phillips, Brooke Garbart and Kacy Phillips, as well as several nieces and nephews. Paul's family would like to thank Trisha Monteleone, Chautauqua County Hospice and Palliative Care and the staff at Heritage Park for their compassionate care. The funeral will be held at 2:00 pm Friday, September 13, 2019, in the Lind Funeral Home. Burial will be in the Lake View Cemetery. Friends will be received from 4-7 pm Thursday, September 12, 2019, in the funeral home. In lieu of flowers, the family suggests that memorials be made to the Chautauqua County Humane Society, 2825 Strunk Rd. Jamestown, NY 14701.

Share Your Memory of
Paul
Upload Your Memory View All Memories
Be the first to upload a memory!