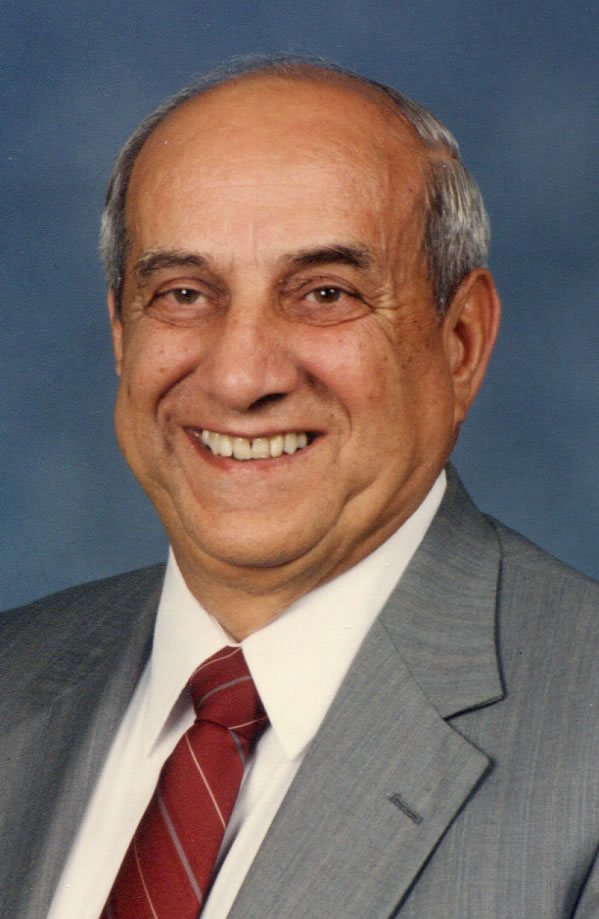 Lory C. Muscarella, 95, formerly of 149 Woodworth Ave. Jamestown, passed away at 1:00 am Saturday, September 7, 2019, in the Lutheran Home and Rehabilitation Center, with his wife Angie by his side. A lifelong area resident, he was born February 27, 1924 in Falconer, NY, a son of the late Salvatore and Nina Provenzo Muscarella. Lory was a 1941 graduate of Falconer Central School and was a veteran of the U.S. Navy serving from February 11, 1943 to December 24, 1945 during World War II. He served active duty in the Philippines and the South Pacific, as a gunner and radio dispatcher on the B-24 aircraft named "Lady Luck". During his tour of duty he received the World War II Victory Medal, the American Campaign Service Medal, Asiatic Pacific Theater Medal, the Philippine Liberation Medal and the Distinguished Flying Cross. Before his retirement he was employed as a supervisor for the S.M. Flickinger Company for 35 years. In previous years he was the manager for the former Super Duper Store for 8 years and worked for the former Tillotson Furniture Company for 9 years. Following retirement he was a talented woodworker making many custom furniture pieces for his nieces and nephews. He was a communicant of Holy Apostles Parish at Ss. Peter & Paul Catholic Church and a former member of the Lakewood Rod & Gun Club, the War Vets Recreation Club and the Falconer Senior Citizens. Surviving are his wife of 73 years, Angeline L. "Angie" Tedesco Muscarella, whom he married June 1, 1946 in Our Lady of Mt. Carmel Catholic Church, Silver Creek, NY, his brother, Leo Muscarella of Silver Creek, as well as many loving nieces and nephews and many more extended family. He was also a God Father to 16 children. Besides his parents, he was preceded in death by his only child, Lory C. Muscarella, Jr. who died November 28, 1992, a sister, Rose Manfrey and three brothers, Sam A. Muscarella, Michael R. Muscarella and Dr. Joseph Muscarella. A Mass of Christian Burial will be celebrated at 10:00 am Wednesday in Holy Apostles Parish at Ss. Peter & Paul Catholic Church. The Rev. Dennis W. Mende, pastor will be celebrant. Burial will be in the Mt. Carmel Cemetery, Silver Creek, NY. Friends will be received from 6-8 pm Tuesday in the Lind Funeral Home where a Christian Wake Service will be led at 5:45 pm Tuesday. Memorials may be made to Holy Apostles Parish, Ss. Peter & Paul Catholic Church,508 Cherry St. Jamestown, NY 14701
To plant a tree in memory of Lory Muscarella, please visit Tribute Store
Tuesday
10
September

Share Your Memory of
Lory
Upload Your Memory View All Memories
Be the first to upload a memory!
Share A Memory
Plant a Tree