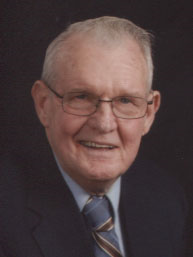 Darwin F. Dahlbeck, 84, of Dutch Hollow Road, Bemus Point, went home to be with the Lord Tuesday morning, September 24, 2019 while at UPMC Chautauqua.

A lifelong Bemus Point area resident, he was born December 17, 1934 in Jamestown, the son of the late Ralph and Marion Gulligan Dahlbeck, and was president of his 1952 graduating class at Bemus Point High School. He also served in the Army National Guard Reserve.

In earlier years, Darwin had been owner of the former Fluvanna Marina, as well as the Greenhurst Meat Market. He was then employed by Valeo Engine Cooling and Bush Industries. In later years, he enjoyed doing maintenance work at Heritage Green.

A member of Healing Word Ministries Church of God, he also belonged to the Herman Kent Post 777 American Legion and War Vets Recreation Club, and was a life member of both the Ellery Center VFW and Ellery Rod & Gun Club.

Along with his parents, he was preceded in death by his first wife, Patricia A. Dahlbeck who died April 4, 1989; and two daughters-in-law, Theresa Dalbeck and Diane Dahlbeck.

Darwin's family wishes to thank the staff at Heritage Green, Aftercare Nursing, UPMC Chautauqua and the volunteers of the Fluvanna Fire Department for their wonderful care.

The funeral will be held at 11 a.m. Saturday, Sept. 28 at Healing Word Ministries Church of God, 1006 W. 3rd Street in Jamestown, led by the Bishop Leecroft Clarke. Burial will be in Bemus Point Cemetery.

Friends will be received from 2 to 4 and 7 to 9 p.m. Friday in the Lind Funeral Home, and in church Saturday for one hour prior to the service.

Memorials may be made to Healing Word Ministries Church of God, or to the Fluvanna Fire Department.

Share Your Memory of
Darwin
Upload Your Memory View All Memories
Be the first to upload a memory!
Share A Memory
Plant a Tree