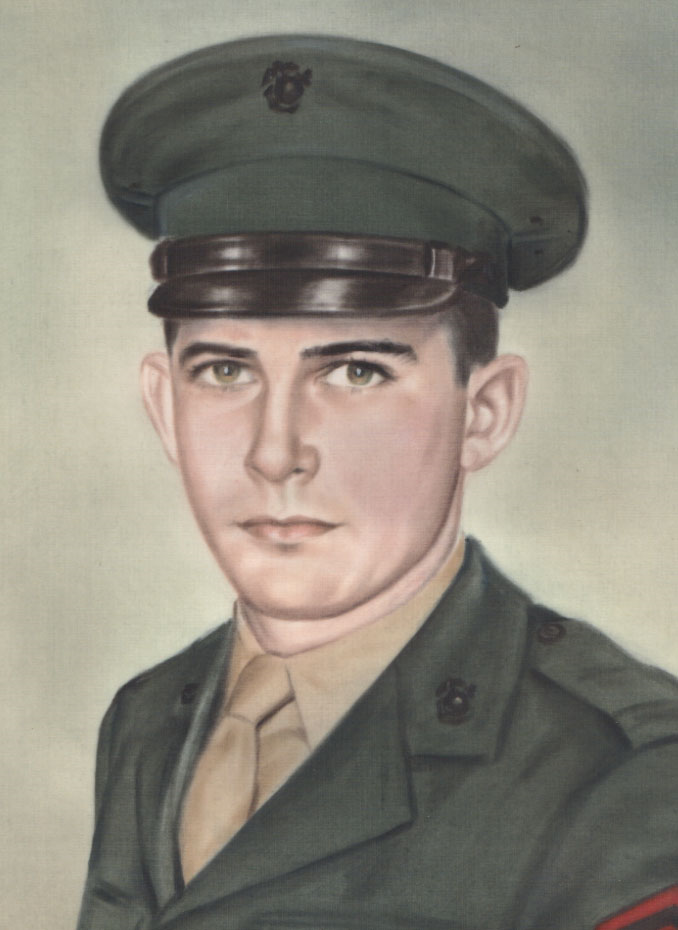 James Earl Johnson, 79, of 35 Walnut Street, died Monday October 7, 2019, in Millard Fillmore Hospital, Buffalo. A native of Kane, PA, he was born April 20, 1940, a son of the late Irwin Deems and Ruth Jane Moran. He was later adopted and raised by Gerould and Mary Ellen Andersen Johnson. He was a 1958 graduate of Jamestown High School. A proud veteran, Jim served in the US Marine Corps from 1959-63 and went on to serve in the Army Reserve and National Guard for a total of 20 years. He was employed by Crescent Tool Company and later worked for many years at the New York State Armory as maintenance mechanic. He also owned and operated Johnson's Gun Shop. He was a member of the Herman Kent Post 777 American Legion, Mount Moriah Lodge 145 Free and Accepted Masons, Kharrom Grotto, Lakewood Rod and Gun Club and a 23 year member of the Kiantone Volunteer Fire Department where he was bingo caller. His volunteer efforts include Toys For Tots and Friendship Fund. Surviving are his wife Maria Ventura Johnson, whom he married July 17, 1999; two children Michele (Michael) Sadowski of Falconer and David (Kim Shults) Johnson of Lakewood; six grandchildren Victoria (Jermin) Strickland, Robert (Jennifer) Yahner, Andrew (Ashley) Yahner, Joshua (Kendra) O'Cain, MacKenzie Johnson and Reilly Johnson; six great grandchildren; siblings Neils Christian Andersen, Jerry (Lynn) Moran and Sherry (Jim) Hanson; stepchildren Aaron (Jacqueline) Ruiz, Abraham Ruiz and Crystal (James) Muller; four step grandchildren and six step great grandchildren. Besides both sets of parents, he was preceded in death by siblings Richard, Michael and Shawn Moran and Karen Papaserge. The funeral will be held at 11 a.m. Saturday in the Lind Funeral Home. Rev. Daniel Rumfelt will officiate. Friends will be received from 2-4 and 6-8 p.m. Friday in the funeral home where a Masonic Lodge Funeral Service will be led at 5:45 p.m. Memorials may be made to Kiantone Volunteer Fire Department, 2318 Foote Ave, Jamestown, NY 14701 or Wounded Warrior Project, P.O. Box 758516, Topeka, Kansas 66675-8516. You may leave words of condolence at www.lindfuneralhome.
To plant a tree in memory of James Johnson, please visit Tribute Store
Friday
11
October

Share Your Memory of
James
Upload Your Memory View All Memories
Be the first to upload a memory!
Share A Memory
Plant a Tree