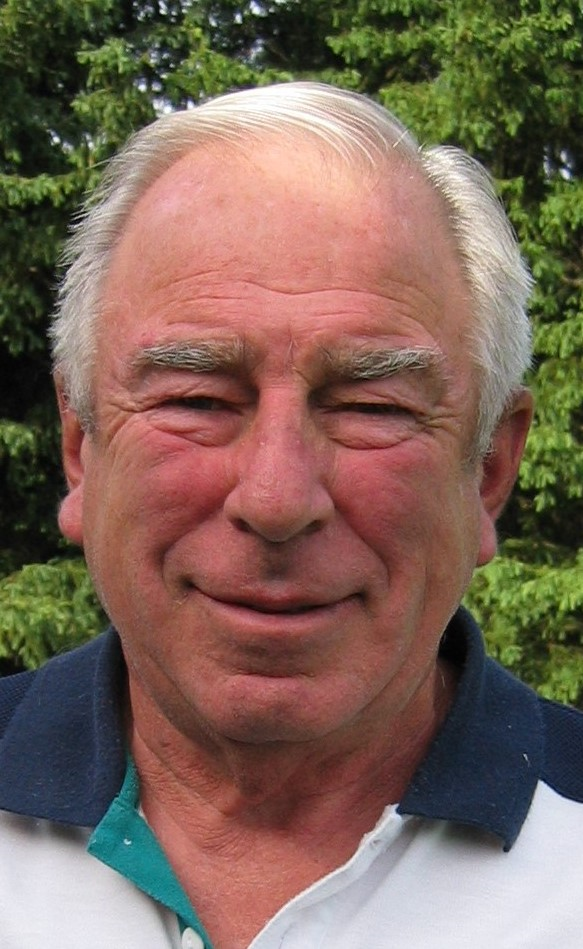 Ronald L. Gould, 90, of Jamestown, NY, passed away on Monday, October 28, 2019, at Warren Manor, Warren, PA. A lifelong area resident, he was born May 31, 1929 in Jamestown, NY, the oldest son of the late Raymond and Raymonde Uson Gould. Ron was a 1948 graduate of Jamestown High School and was a veteran of the U.S. Army serving from February 14, 1951 to November 13, 1952 during the Korean War. Prior to his retirement, he was employed by the former Hydro Fumigating Company for over 40 years. He was an active and devoted member of the former Brooklyn Heights United Methodist Church for many years. He was currently a member of the Busti Church of God. Ron was also active as a member of the Busti-Lakewood Senior citizens Association and the Lakewood Rod & Gun Club. Ron was devoted to his family and enjoyed telling a great story, working, and spending time with extended relatives and friends. Over the past several years, Alzheimer's disease dulled his sharp mind, but never fully extinguished the sparkle in his eyes, especially when looking at this family, the loves of his life. Surviving are his wife of 69 years, Mary McCray Gould whom he married August 5, 1950, three daughters, JoAnn (Barry) Witt of Pittsburgh, PA, Janet Gould (Kathleen Moore) , Lisa (Ken) Corey of Jamestown, four grandchildren, two great grandchildren, nine nieces and six nephews. Besides his parents he was preceded in death by his daughter, Connie D. Gould who died January 29, 1983 and his brother, Robert Gould of Forest, VA. Ron's family would like to thank his caregivers at Memory Gardens in Jamestown and the staff at Warren Manor whose care and friendship were greatly valued and much appreciated. The funeral will be held at 11:00 am Friday in the Lind Funeral Home. The Rev. Roy E. Ferguson, pastor of the Busti Church of God will officiate. Burial will be in the Busti Cemetery. Friends will be received from 4-6 pm Thursday and for one hour prior to the service on Friday in the funeral home. One of the things that Ron really loved to do was vacation at Allegany State Park. The family suggests that memorials in Ron's name be made to the National Heritage Trust Fund, Allegany State Park, 2373 ASP Route 1, Salamanca, NY 14779 or to the Busti Church of God, 996 Forest Ave. Jamestown, NY 14701.
To plant a tree in memory of Ronald Gould, please visit Tribute Store
Services for Ronald Gould
There are no events scheduled. You can still show your support by planting a tree in memory of Ronald Gould.
Visit the Tribute Store

Share Your Memory of
Ronald
Upload Your Memory View All Memories
Be the first to upload a memory!
Share A Memory
Plant a Tree