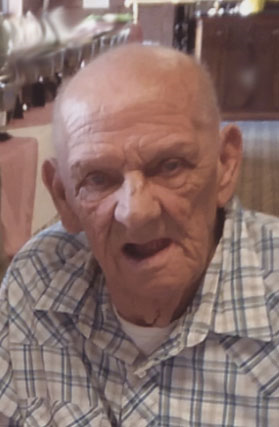 William G. Nieder, Sr.,89, died November 23, 2019, in the Lutheran Home surrounded by members of his family. A native of the Town of Dunkirk, he was born August 26, 1930, a son of the late Joseph and Anna Bates Nieder. Prior to his retirement he was employed by Hildom Block as a truck driver. Surviving are his wife Donna Champlin Nieder, whom he married January 17, 1948; five children Linda Gray of Jamestown, Patricia (Byron) Johnson of Needles, CA, Terry Nieder of Jamestown, Diana (Bruce) Clark of Fredonia and William (Charlotte) Nieder, Jr. of Jamestown; seventeen grandchildren; one step granddaughter; several great grandchildren and great-great grandchildren and a brother Peter (Joanne) Yeager of Elmira, NY. He was preceded in death by siblings Marie Cross, Donald Nieder, Frances Brown, Paul Nieder, Ruth O'Brien, Charles "Bud" Nieder and Gordon Nieder. The funeral will be held at 6 p.m. Wednesday in the Lind Funeral Home, where friends will received for one hour prior to the service. Burial will be in Sunset Hill Cemetery. You may leave words of remembrance at www.lindfuneralhome.com.
To plant a tree in memory of William Nieder, please visit Tribute Store
Wednesday
27
November

Share Your Memory of
William
Upload Your Memory View All Memories
Be the first to upload a memory!
Share A Memory
Plant a Tree