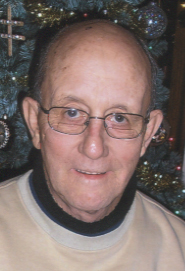 Terrence J. "Terry" Spencer, 80, of Jamestown, passed away Tuesday, January 7, 2020. An artist, fisherman, jokester, avid reader and fighter, he was the husband of Patricia Spencer. Terry's passions were woodcarving and his work with AA. He shared his many woodcarvings with family and friends, with Santa's and shorebird carvings being among his favorites. He also loved to carve comfort birds to share with people during their difficult times. Terry held a comfort bird in his hand during his final days. Terry's life was forever changed when he joined AA. As a 36 year member, he made many lifelong friends in the group. He was heavily involved with an AA group that got started at the County Jail. Throughout the years, he sponsored many people. His involvement in AA was one of the things of which he was most proud. At home, Terry could be found tending to his beloved dog, Taffy, as well as reading, carving, writing letters or indulging his sweet tooth. He was always loved, tended to, and taken care of by his loving wife, Pat. Terry was born November 6, 1939 in Salamanca, NY, a son of the late Robert T. and Margaret J. Taylor Spencer, and was a 1958 graduate of Salamanca Central High School. He served in U.S. Naval Aviation from 1958 to 1962, and in the U.S. Naval Reserve from 1966 to 1970. He additionally served in the U.S. Army National Guard, Company B, 1/127 Armored Regiment, 42nd Infantry Division from 1982 to 1986. Terry received his Bachelor of Science Degree from Empire State College, and had also attended Case Western Reserve University Graduate School from 1995 to 1997. He served in the New York State Police from 1962 to 1968, followed by the New York State Park Police from 1968 to 1979. Terry was then an Investigator for the Chautauqua County Welfare Fraud Unit from 1984 until his retirement in 1998. On April 14, 1973, Terry married Patricia Ann Painter at the First Congregational Church in Salamanca. In 1980, they moved to Jamestown and became members of Christ First United Methodist Church. In retirement, Terry and Pat enjoyed traveling, volunteer work and spending time with their families, grandchildren and friends. Along with his wife Pat, surviving are two daughters, Laura (Russell) Germaine and Dawn (John) Giannone; two sons, Michael (Toni) Spencer and Ronald Spencer; seven grandchildren: Ella, Lillian and Nora Germaine, Maris Morse, Chloe Bergman, Trevor Spencer and Brooke Spencer; his brother and sister-in-law, Robert and Marsha Painter; as well as several nieces, nephews and many friends. In addition to his parents, he was preceded in death by two grandsons, Tyler Hornbeck and Daran Hornbeck; and two brothers, Ronald R. Spencer and John T. Spencer. A memorial service will be held at 11 a.m. Saturday, January 11th in Christ Chapel of Christ First United Methodist Church. The Rev. Susan Hadley will officiate. Friends will be received from 3 to 6 p.m. Friday in the Lind Funeral Home. In lieu of flowers, memorials may be made to Christ First United Methodist Church, 663 Lakeview Ave., Jamestown, NY 14701; the Hospice House Fund at Chautauqua Hospice & Palliative Care, 20 W. Fairmount Ave., Lakewood, NY 14750; or Chautauqua County Humane Society, 2825 Strunk Rd., Jamestown, NY 14701.
To plant a tree in memory of Terrence Spencer, please visit Tribute Store
Friday
10
January

Share Your Memory of
Terrence
Upload Your Memory View All Memories
Be the first to upload a memory!
Share A Memory
Plant a Tree