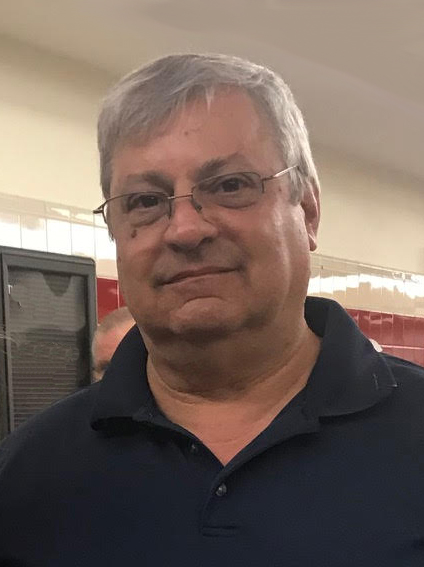 John J. Miraglia, 61, of 318 Superior Street, passed away Wednesday January 8, 2020, in UPMC Hamot, Erie. A lifelong Jamestown resident, he was born October 12, 1958, a son of Joseph and Lucy Salemme Miraglia, Sr. He was a 1976 graduate of Jamestown High School and spent nearly two decades as an information technology department manager at Bush Industries. He was a communicant of Holy Apostles Parish, St. John Catholic Church. His social memberships included the Marco Polo and Lakewood Rod and Gun clubs and was a proud JHS Red Raider Marching Band booster, spending many a fall evening running the concession stand grill to help support his stepdaughter and grandson's passion. An avid golfer and fan of the Cleveland Browns, John also belonged to and previously served as president of the Jamestown Chapter of the Browns Backers. Above all else, his life was filled with unending devotion and love to his family — his stepdaughters, grandchildren, and nieces and nephews, alike. Those who knew him knew well of the unconditional love he demonstrated every day. Surviving him are his mother of Jamestown; life partner JoAnn Grey of Jamestown; stepdaughters Nicole (Dan) Nickerson and Courtney Grey both of Jamestown; grandchildren Matthew Greenland and Kayla Nickerson of Jamestown; four brothers Joseph (ToniAnn) Miraglia of Jamestown, Jerry (Charlene) Miraglia of Orchard Park, Jamie (Kim) Miraglia of Jamestown and Jeff (Diane) Miraglia of Lakewood and nieces and nephews Matthew (Patricia) Miraglia, Bennett, Charles, Amanda, Nick and Ryan Miraglia. He was preceded in death by his father. The funeral will be held at 1 p.m. Sunday in the Lind Funeral Home. Deacon Sam Pellerito will officiate. Burial will be in Holy Cross Cemetery. Friends will be received from 4-7 p.m. Saturday in the funeral home. Memorials may be made to Chautauqua County Humane Society, 2825 Strunk Road, Jamestown, NY 14701 or American Heart Association, 5488 Sheridan Dr #300, Williamsville, NY 14221. You may leave words of condolence at www.lindfuneralhome.com.
To plant a tree in memory of John Miraglia, please visit Tribute Store
Services for John Miraglia
There are no events scheduled. You can still show your support by planting a tree in memory of John Miraglia.
Visit the Tribute Store