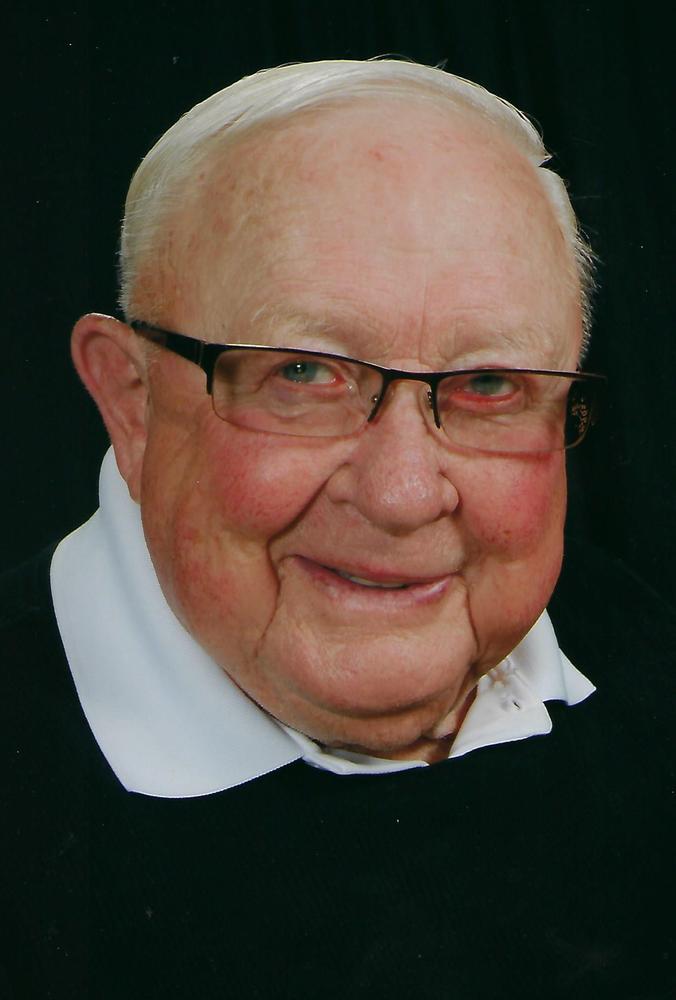 Joe Edwards, Jr. 84, of Panama, NY, passed away on Monday, February 3, 2020, in his home following an extended illness. A lifelong area resident, he was born February 13, 1935 in Panama, NY, a son of the late Joe and Geneva Groters Edwards, Sr. He was a graduate of Panama Central School and Jamestown Business College, majoring in accounting and finance. He was also a graduate of the New York State Bankers School of Agriculture at Cornell University. Joe was a proud veteran of the U.S. Army serving from August 25, 1954 to August 24, 1956 during the Korean War and was stationed for a short time in Puerto Rico. He also served in the U.S. Army Reserves until 1962. Before his retirement, Joe had a long career in the insurance business as well as many other business ventures. In his early years, he was an equipment operator for the Town of Harmony, a truck driver for the former Bissell Lumber, a bookkeeper for Franz and Russell-Caflisch Lumber, owned the Harmony Lanes Bowling Alley and was Postmaster in Panama for a short time. In 1964 he began working for the Bank of Jamestown and Bankers Trust becoming vice president managing all branches. In 1973 he served as secretary/treasurer and general manager for Peek-N-Peak Ski Resort. He also was President of Clymer Telephone Company which was purchased by Alltel, was a director and vice president of Chautauqua County Cooperative Extension, president of the Chautauqua County Soil and Water Board and was Town of Harmony Supervisor for 19 years. Along with forming J. Edwards Insurance Agency he also was an agent, manager and current board President of Chautauqua Patrons Insurance where he has served on the Board of Directors for 47 years. While spending his whole life in Panama, he ran a dairy farm on his property for many years. He was a member of the Panama United Methodist Church serving as a Trustee, and was also a member of the Olive Lodge #575, Free and Accepted Masons, Sherman, NY as well as various other civic organizations during his business and professional career. Surviving are his wife of 62 years, Audrey Jean Cross Edwards whom he married October 12, 1957, three children; Brenda (Jeff) Ireland of Panama, Gregory (Carrie) Edwards of Busti, NY, Timothy (Kathy) Edwards of Cincinnati, OH, eight grandchildren; Erin (Michael) Miller of Columbus, OH, J. Bryce (Katie) Ireland of Bemus Point, NY, Devin (Lisa) Ireland of Clymer, NY, Bronson Edwards, Corinne Edwards, Alyson Edwards all of Busti, Eric Edwards, Jessica (James) Taylor both of Cincinnati, eight great grandchildren and a brother: Richard (Joyce) Edwards of Panama. Joe is also survived by Adrian Abromovich, a special foreign exchange student from Paraguay who has remained very close to the Edwards family for over 30 years. Besides his parents he was preceded in death by a sister Beverly Edwards. The Edwards family would like to thank Dr. John LaMancuso for the excellent care and concern that he gave to Joe during his illness. The funeral will be held at 11:00 am Saturday in the Panama United Methodist Church. The Rev. Steven Taylor, pastor will officiate. Burial will be in the Panama Union Cemetery. Friends will be received from 2-4 & 6-8 pm Friday in the Panama United Methodist Church. An Olive Lodge Masonic Funeral Service will be conducted at 1:30 pm Friday in the church. In lieu of flowers, memorials may be made to the Panama United Methodist Church, 22 East Main St. Panama, NY 14767 or to the Panama Fire Department, 27 East Main St. Panama, NY 14767. You may leave words of condolence to Joe's family at www.lindfuneralhome.com.

Share Your Memory of
Joe
Upload Your Memory View All Memories
Be the first to upload a memory!