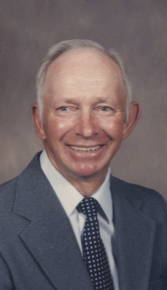 Beloved father, grandfather, and friend Paul O. Samuelson, 93, of 4693 Maple Grove Road, Bemus Point, went home to be with his Lord and Savior on Tuesday February 4, 2020, at UPMC Hamot, Erie, PA. He was born February 11, 1926, in the same home he lived in his entire life, a son of the late Oscar and Hulda Carlson Samuelson. He was a 1943 graduate of Bemus Point High School. Paul took over the family dairy farm at age 11 with help from his mother and two uncles, following the untimely death of his father. Farming was his passion and he operated the farm with his family for over 75 years. He was also employed by the Bemus Point School District as a bus driver for 36 years. He was a founding member of St. Timothy Lutheran Church where he was a former church council member. He was a member of Farm Bureau, a 50-year member of Dairymen's League, 75-year member of Ellery Grange # 353, served on the Town of Ellery Zoning Board for many years, board member of Farm Credit, and former chairman and board member of Falconer Agway. He was named Young Farmer of the Year in 1958 and Conservation Farmer of the Year in 1982. Paul cherished his family. Surviving are four children: Robert Samuelson of Bemus Point, Roger Samuelson of Asheville, Elaine (Steven) Hoglin of Jamestown and Nancy (Gary) Anderson of North East, PA; eight grandchildren Kerri Ahlbin, Pamela VanVolkenburg, James Hoglin, Brenda Wagner, Kayla Samuelson and Tyler, Ryan and Jacob Anderson and a great granddaughter Grace VanVolkenburg. Nieces and nephews also held a special place in his heart. He was preceded in death by his wife Carol Hermanson Samuelson, whom he married October 1, 1949 and who died September 6, 2002, and a sister Doris Bylund. A memorial service will be held at 12 p.m. Saturday, February 15th, at St. Timothy Lutheran Church. Friends will be received for 2 hours prior to the service in the church, starting at 10 a.m. Memorials may be made to St. Timothy Lutheran Church, 3748 NY-430, Bemus Point, NY 14712. You may leave words of condolence at www.lindfuneralhome.com.
To plant a tree in memory of Paul Samuelson, please visit Tribute Store
Saturday
15
February

Share Your Memory of
Paul
Upload Your Memory View All Memories
Be the first to upload a memory!
Share A Memory
Plant a Tree