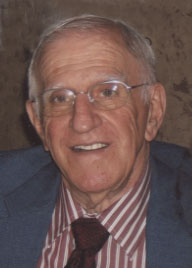 Ralph Veights, 89, of 369 Howard Ave. Jamestown passed away at 9:50 am Saturday, March 21, 2020, in the Heritage Park Rehab and Skilled Nursing Facility. An area resident since 2003, he was born November 28, 1930 in Uniontown, PA, a son of the late Charles and Mary Carmella Pandolph Veghts. Ralph was a graduate of Connellsville, PA High School and earned his bachelor's degree from Westminster College, New Wilmington, PA in 1954. He also attended the Indiana University of Pennsylvania. While attending Westminster College he was the captain of the first undefeated football team in school history and was inducted into the Westminster Titans Hall of Fame in 2003. Before retiring he was a social studies teacher and football coach for several school systems including, Hopewell Township PA, where he was also department chairman, Uniontown PA and Warren Area High School, Warren, PA. While living in Jamestown he was a tutor for the Chautauqua Striders Program for several years. He was a member of the Bethel Lutheran Church and was past chairman of the Thule Lodge 127 VASA Order of America. He also enjoyed attending the adult coloring session at the James Prendergast Library. Surviving are his wife of 62 years, Bernice Cummings Veights whom he married August 3, 1957, three children; David (Linda) Veights of Toronto Ontario Canada, J. Andrew (Dominick Marano) Veights of Wycoff, NJ, Sarah (Jerold) Sappington of Ashburn, VA, five grandchildren; Samantha (Michael) Bauer of Clarion, PA, Sean (Olivia) Veights of Oakdale, PA, Olivia, Asa, and Emily Sappington all of Ashburn and two great grandchildren; Lucas and Jackson Bauer of Clarion. Besides his parents, he was preceded in death by two sisters; Theresa Testa, Christine Engleka and three brothers; Nick Veghts, Joe Veghts and Charles Veghts. Due to the restrictions on public gatherings caused by the coronavirus outbreak visitation will not be observed. A memorial service will be held at a later date. Memorials may be made to the Bethel Lutheran Church, 904 West Third St. Jamestown, NY 14701 or to the James Prendergast Library, 509 Cherry St. Jamestown, NY 14701.
To plant a tree in memory of Ralph Veights, please visit Tribute Store
Services for Ralph Veights
There are no events scheduled. You can still show your support by planting a tree in memory of Ralph Veights.
Visit the Tribute Store

Share Your Memory of
Ralph
Upload Your Memory View All Memories
Be the first to upload a memory!
Share A Memory
Plant a Tree