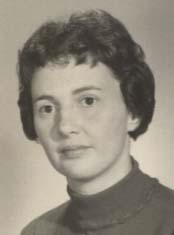 Phyllis Arlene Samuelson, 87, formerly of the Belleview Road in Bemus Point, passed away Thursday evening, May 21, 2020 at the Lutheran Retirement Home. She was the wife of Carl S. Samuelson whom she married January 17, 1952. Phyllis was born October 24, 1932 in Jamestown and was a daughter of the late Elton F. and Viola I. Carlson Casselman. She was a 1951 graduate of Bemus Point High School where she was involved in music programs and was the yearbook editor. She was a skilled pianist and sang in a trio that performed locally. In earlier years she was employed by the Bemus Point School System, working as a cafeteria aide and retired as manager. In later years she was employed in the cafeteria and retired from the billing department of WCA Hospital. Phyllis was a member of the Home Bureau where she loved making crafts. She spent many hours in the kitchen puttering, and also enjoyed planting flowers and landscaping with her children. Phyllis loved spending time with her family. She attended as many of the musical and sporting events for her grandchildren as possible. She also enjoyed the yearly family fishing vacations to Canada. She will be greatly missed. In addition to her husband of 68 years, surviving are three children: Kathy (Bob) Anderson of Bemus Point, Brad (Carol) Samuelson of Ashville and Ron (Marlene) Samuelson of Bemus Point; and eight grandchildren: Mike (Carol) Anderson, Tim (Maribel) Anderson, Steve (Liz) Anderson, Erik Samuelson, Brett Samuelson, Michelle (Doug) Bottoms, Janelle (Bradley) Venant and Dianna (Charlie) Dibble. Also surviving are ten great-grandchildren: Dylan Anderson, Katie Anderson, Nicholas Anderson, Matthew Anderson, John Anderson, Adam Anderson, Ila Samuelson, Nola Samuelson, Kaden Bottoms and Lucas Bottoms. She was preceded in death by her parents; two brothers, Floyd and Merle Casselman; and two sisters, Shirley Proper and Gayle Casselman. A private family graveside service will be held in the Bemus Point Cemetery, officiated by the Rev. Daniel S. Rumfelt. Visitation will not be observed. Memorials may be made to Lutheran at 715 Falconer St., Jamestown, NY 14701; or the organization of one's choice.
To plant a tree in memory of Phyllis Samuelson, please visit Tribute Store
Services for Phyllis Samuelson
There are no events scheduled. You can still show your support by planting a tree in memory of Phyllis Samuelson.
Visit the Tribute Store

Share Your Memory of
Phyllis
Upload Your Memory View All Memories
Be the first to upload a memory!
Share A Memory
Plant a Tree