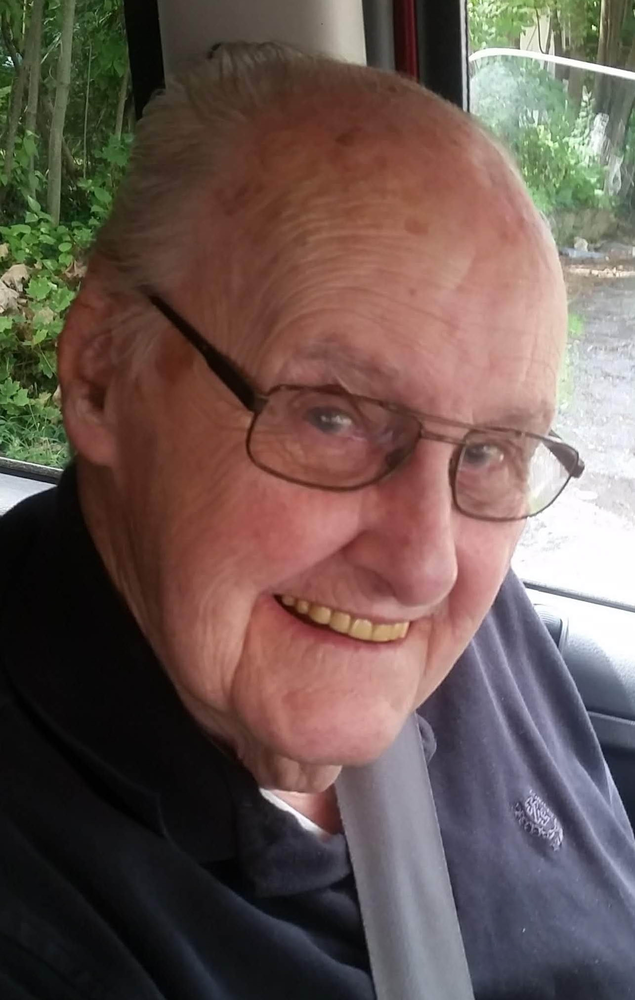 Jerome H. Thompson, 93, of Newland Ave., passed away on Tuesday, July 21, 2020 in Heritage Green Rehab & Skilled Nursing Facility. He was born on May 8, 1927 in Buffalo, a son of the late George A. and Lelia Brown Thompson. Jerome was a veteran of the US Navy serving during World War II. Before retiring, he was a police officer with the Jamestown Police Department for many years. Following retirement, he kept busy working at various jobs. Jerome was a member of the Lakewood Rod and Gun Club and Herman Kent Post #777 American Legion. He enjoyed traveling, woodworking, and was an avid coin collector. For the last two years he took care of his former wife, Vivian Thompson. Jerome is survived by his six grandchildren: Andrew, Betheny, and Joshua Almquist, Jason, Kendra, and Jessica Parish; eight great-grandchildren; son in law Mark Almquist; and four nieces and nephews. In addition to his parents, he was preceded in death by his two daughters: Beverly A. Parish on July 20, 2016 and Sheryll A. Almquist on March 26, 2019; and his twin brother George H. Thompson. No visitation will be observed. A memorial service will be held at a later date. Inurnment will be in Sunset Hill Cemetery. Memorials may be made to https://www.woundedwarriorproject.org/donate
To plant a tree in memory of Jerome Thompson, please visit Tribute Store
Services for Jerome Thompson
There are no events scheduled. You can still show your support by planting a tree in memory of Jerome Thompson.
Visit the Tribute Store

Share Your Memory of
Jerome
Upload Your Memory View All Memories
Be the first to upload a memory!
Share A Memory
Plant a Tree