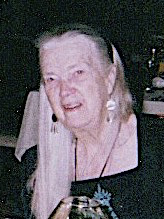 Labor Day marked the close of a life of service for Mathilda Carlson Solomonson at Lutheran Social Services in Jamestown, at the age of 92. Born in Kane, PA on Flag Day, June 14, 1928 to Nels and Katherine (Stites) Carlson, the Carlsons quickly settled in Chautauqua County. "Tillie" started out as a "farmer's daughter" near Ellery Center before her father established himself in Lakewood, eventually serving as mayor and fire chief of the village for many years. After graduating from Lakewood High School, Tillie left for St. Margaret's School of Nursing in Pittsburgh and became a Registered Nurse. She returned to Lakewood and Jamestown General Hospital, and was married to Glen (Earl) Solomonson on March 4th, 1950 until his death in 1999. She continued to work at Jamestown General while raising the two children who survive her, Beatrice Ann Solomonson and Glen T. Solomonson, as well as helping to manage the Solomonson Construction Company and earning a degree from SUNY Geneseo. Tillie retired from nursing for a new career with the fledgling Head Start program, directing schools in Ashville, Blockville, and Panama. Not satisfied with retiring twice, she became the Director of the Joint Neighborhood Project for many years, finally retiring in her 80s to operate The Fairmont House in Lakewood with her daughter. Tillie's presence will also remain in the area thanks to her tireless involvement in community service. Throughout the years she held executive positions in Graduate Nurses, the American Association of University Women, the League of Women Voters, the Chautauqua County Commission on Families, AARP, the Chautauqua Leadership Network, the Women's Club of Lakewood, and the Lakewood Chautauqua South Rotary. In addition to her two children, she is survived by two grandchildren and five great-grandchildren. Services celebrating Tillie's life will be held at a later date. In accordance to her wishes, the family is requesting donations be made to either the Lakewood Volunteer Fire Department, Lutheran Social Services Jamestown, or Chautauqua Hospice and Palliative Care. You may leave words of condolence at www.lindfuneralhme.com.

Share Your Memory of
Mathilda
Upload Your Memory View All Memories
Be the first to upload a memory!