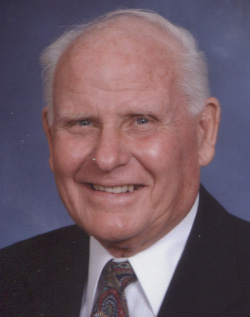 Gordon O. ("Mort" / "Gord") Mortenson, passed away Saturday, September 12, 2020 at Kenmore Mercy Hospital in Buffalo. Born in Kane, Pa. November 7, 1934 to the late Agnes and Oscar Mortenson, Mort attended Kane High School where he played football and baseball. After high school he attended college at Penn State where he was a member of Tau Phi Delta fraternity. He graduated with a B.S. in Forestry. Gord met his wife, Jean (Saxton) while on break from college. They dated for two years while Jean was in nursing school, and were married in April of 1957. They were happily married for 63 years. Gord and Jean had two children, Mark and Heidi, who were born 17 years apart. Mort went to work for National Fuel Gas Company in 1957 and worked there for 36 years before retiring in 1984 as superintendent for Western New York and Northwestern Pennsylvania. Gord spent many happy hours boating on Lake Chautauqua with his family. He loved both baseball and football and golfed in many leagues. He coached the West Ellicott Phillies Little League team to two undefeated seasons and also coached Babe Ruth baseball for the Southwestern Blues. He was a #1 fan of his grandson's 13U Buffalo Junior Bisons baseball team, and always a giant fan of Penn State Football. While in Jamestown, Mort was active in Holy Trinity Lutheran Church serving in many different roles and committees. When in Florida (as NY snowbirds), he was active at Hope Lutheran Church in The Villages. He was also a member of the Carroll Masonic Lodge in Frewsburg. Gord was loyal to his family and friends and lived by the motto, "Do unto others as you would have them do unto you". His wife Jean was the 'Zig' and he was the 'Zag' – they did everything together from family to sports. They spent nearly every weekend visiting his parents in Ludlow, Pa. and her parents (Eva and Hoyt Saxton) in Sheffield, Pa. He also loved his dogs and would be seen walking with his canine friends daily. Gord is survived by his wife, Jean, currently living on Grand Island; his son, Mark and Mark's wife, Juliana and grandkids, Phillip and William, all of North East, MD; his daughter, Heidi and Heidi's husband, Sam, and grandson, Samuel of Grand Island; and his loving canine pal, "Bentley". Observing COVID social distancing guidelines, the family will receive friends on a walk through basis from 12 noon to 1 p.m. Thursday in the Lind Funeral Home. Masks are required. A private family service will be held, led by the Rev. Mel McGinnis. Burial will be in Sheffield, Pa. Memorials may be made to Shriner's Hospital, 1645 W. 8th St., Erie, Pa. 16505-5097; St. Jude Children's Research Hospital, 501 St. Jude Place, Memphis, TN 38105-9959; or the Chautauqua Humane Society, 2825 Strunk Rd., Jamestown, NY 14701.

Share Your Memory of
Gordon
Upload Your Memory View All Memories
Be the first to upload a memory!