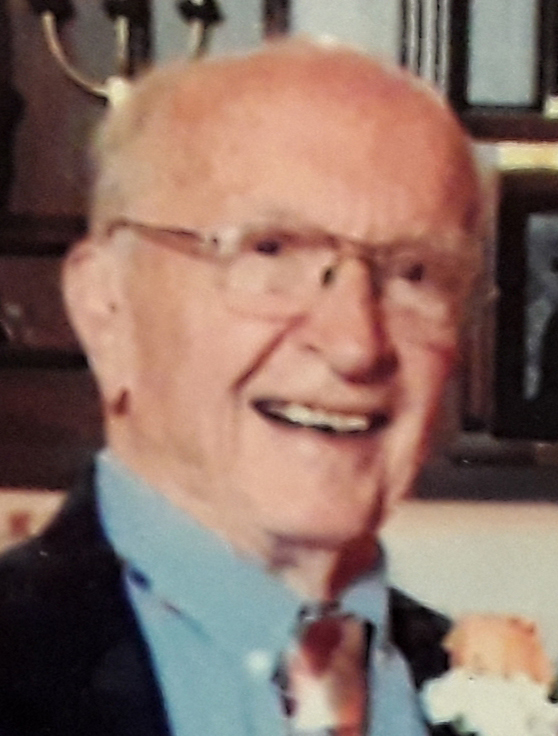 John J. "Jack" Crate, 95, formerly of 31 Durand St. in Frewsburg, passed away Saturday evening, October 10, 2020 in his home on the retirement campus of Heritage Village in Gerry. Jack was the husband of Joyce Kidd-Johnson Crate, whom he married July 5, 2014, and was preceded in death by his first wife, Lois Ann Crate and by his second wife, Betty Carver. He was born January 3, 1925 in Orange, NJ and was the son of the late Joseph A. and Josephine Mott Crate. He was a 1943 graduate of Columbia High School in South Orange, NJ, as well as Stevens Institute of Technology in Hoboken, NJ. Jack also served in the US Navy from 1943 to 1946 during World War II. He retired as a design engineer from American Machine & Foundry in Greenwich, CT, and was formerly employed by Ingersoll Rand in Phillipsburg, NJ and Hamilton Standard in S. Windsor, CT. Jack was a member of St. Luke's Episcopal Church where he was active in many of the church's activities. He also belonged to the Thule Lodge and Carroll Historical Society. Always very interested in trains, both full size and model, and their memorabilia, Jack had at one time acquired, refurbished and sold an actual, full-sized train car. In addition to his wife, Joyce, surviving is a son, Steven A. (Anne) Crate of Edgewater, FL; two grandchildren, Carly (Thomas) Wohl and Brian (Nicole) Morris and three great-grandchildren, all of Florida; several step children, grandchildren and great-grandchildren, including his step daughter, Cindi Welling of Sinclairville who has more recently been a caregiver; and nieces and nephews that include a special nephew, David and niece, Susie. Along with his first two wives, Jack was preceded in death by a son, John W. Crate; and his twin brother, James Crate. Observing social distancing, a memorial service will be held at 1 p.m. Thursday, October 15th in St. Luke's Episcopal Church. The Rev. Luke Fodor will officiate. Burial will be in Wethersfield, Conn. Memorials may be made to St. Luke's Episcopal Church, 410 N. Main St., Jamestown, NY 14701; or Chautauqua Hospice & Palliative Care, 20 W. Fairmount Ave., Lakewood, NY 14750.

Share Your Memory of
John
Upload Your Memory View All Memories
Be the first to upload a memory!