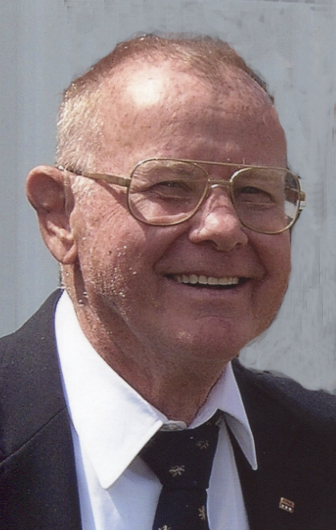 Joseph Kenneth Bailey Jr., formerly of Jamestown, New York, passed away on October 28, 2020, in Milaca, Minnesota. He was 91 years old. He was born on February 6, 1929, to J. Kenneth Sr. and Virginia M. Watson Bailey in Pittsburgh, PA. During his teenage years he attended Wilkinsburg High School and participated on their varsity football and baseball teams. He went on to attend Clarion University of PA where he continued to play football and work toward his Bachelor of Science Degree in Secondary Education. He graduated in 1951 and was selected as one of the "All Time Greats" in football. On June 9th of that same year he was united in marriage to Mable L. Johnson in Ridgway, PA, and began his employment with the MRC/TRW Corporation in Jamestown. Soon after he entered the workforce, he was drafted into military service where he served as an instructor at the U.S. Army Transportation Corps in Fort Eustis, Virginia, during the Korean War. Two years later he returned to Marlin Rockwell as an engineering trainee and was promoted to various positions throughout the years. Some of those included: Supervisor of Engineering for Aircraft and Special Applications, Chief Product Engineer, Acting Director of Marketing and lastly, Director of Engineering and Technology. Up until his retirement in 1989 he held several industry patents related to anti-friction bearings and had the opportunity to travel the world as a bearing engineer. During his career he attended the Carnegie-Mellon Graduate School of Industrial Administration and served on the Board of Directors for the Jamestown Area Chamber of Commerce, Niagara Frontier Association of Research and Development, and the Western New York Technology Development Center. He was also active on the Lakewood Planning Board and Chautauqua County Chamber of Commerce. As a faithful member of Zion Covenant Church he spent time as church treasurer, Sunday school teacher, choir member and trustee. In addition to enjoying his lifelong hobbies of golfing, hunting and fishing, he began counted cross stitching during his retirement years and exhibited many of his most treasured pieces. His fun-loving spirit and sense of humor will be missed the most, along with the utmost respect he received from many who knew him. Surviving are four daughters: Debra (Dave) Johnson of Cambridge, MN, Cheryl Bailey of Charlotte, NC, Cynthia (Gary) Traynor of Long Grove, IL, and Beth (Eric) Branum of Beavercreek, OH; 10 Grandchildren: Megan Johnson Dorsey, Lindsay Johnson Norman, Emily Johnson Anderson, Kelly Marra Cwiertny, Kenny and Peter Marra, Brian and Joey Traynor, Brianna Watson Zurawka and Eric Watson; and 10 Great Grandchildren: Bailey, Mia and Carter Dorsey, Andrew, Maximus and Brock Norman, Elliana and Makenna Anderson, Gabriella and Nate Cwiertny, and other nieces, nephews, relatives and friends. In addition to his parents, he was preceded in death by his wife, Mable, on August 23, 2005, younger brother, Donald Bailey, on April 19, 2009, and granddaughter, Katie Traynor, on September 4, 2010. A private family service will be held on Friday, November 6, 2020, in the Lind Funeral Home. The Rev. Rick Miller, pastor of Zion Covenant Church will officiate. The family will receive friends on Friday from 1:00 – 2:00 pm in the Lind Funeral Home. Social distancing will be observed and masks will be required. Burial will be at the Sunset Hill Cemetery following the service. Memorials may be made to The Mable L. Bailey Memorial Scholarship Fund c/o Chautauqua Region Community Foundation, 418 Spring Street, Jamestown, New York 14701.