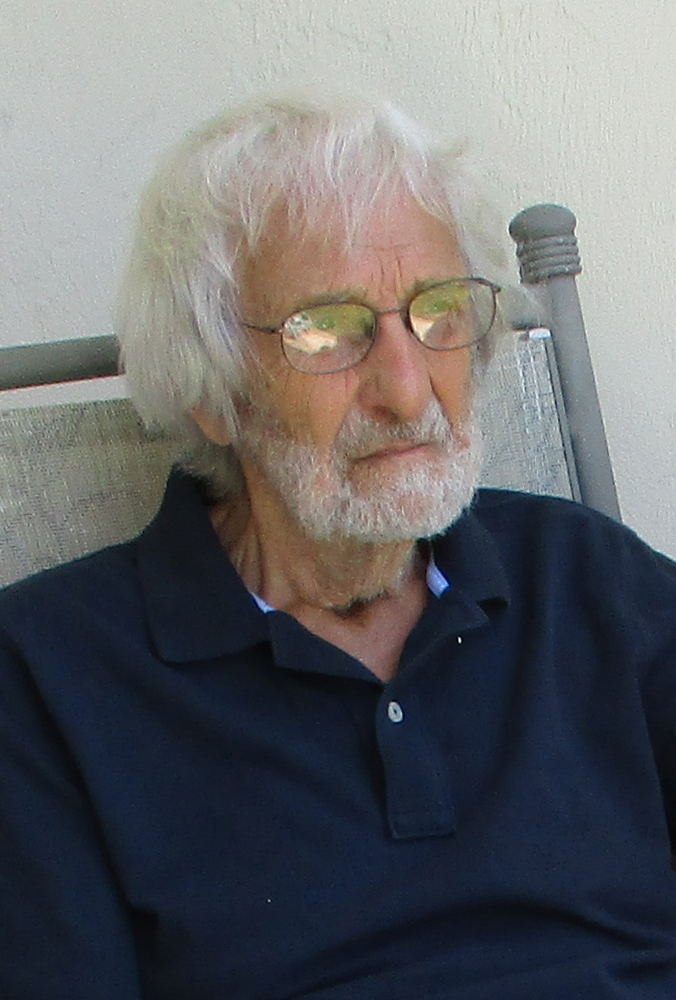 On his 92nd birthday, Roger Nelson of Jamestown said, "If I die tomorrow, I won't feel cheated." He lived another enjoyable 218 days, dying in his home on November 6, 2020. Roger was kindness personified, smart, low-key, generous, very loving to his family, and he had a wonderful sense of humor. An only child, Roger was born April 1, 1928 to the late Raymond and Lucile Czechowski Nelson. A member of the class of 1946 at Jamestown High School, he graduated in December 1945. He immediately headed off to Iowa State University where he was overwhelmed by the chaotic situation. Following the end of World War II, the university was flooded with mature veterans entering college under the GI bill. In August 1946, Roger enlisted in the U.S. Army and honorably served his country until discharge in 1948. He became a member of the Inactive Reserves and was called up during the Korean Conflict. He was honorably discharged in 1951. Roger had great respect for the Korean people. He found them to be honest and very hardworking. His positive feelings about Koreans influenced him and his wife to adopt a Korean girl. On the way to pick up their new 6-year-old Korean daughter at O'Hare Airport in Chicago, they hit a deer with their VW "bug" in the early morning hours. After being sped to Erie, PA airport by state troopers, the Nelsons caught a flight to Chicago at the last minute, and spent the day pacing the halls waiting for their daughter's flight to arrive from Korea. Roger graduated from the University of Buffalo with a degree in Business Administration. After graduation, he worked at Trico in Buffalo. This was followed by several years in the business office at State University College at Fredonia. While at Fredonia, he used vacation time to earn credits toward teaching certification and a Master of Science in Education degree. Roger became the first male primary teacher for Jamestown Public Schools. This was his true calling. He taught grade 3 for 24 years, co-teaching with his friend, Carol Diemer. Teaching young children was among his fondest memories. He loved when they approached him as adults and told him how much they liked him as their grade 3 teacher. Married to Deann Larson Nelson for 53 years, together they raised their three children: Alex (Kim) Nelson, Baden, PA; Johanna (Neil) Hedin, Jamestown; and Christina (Kwang Song) Nelson, Henrico, VA. Roger also had two children from a previous marriage: Jeffrey A. Nelson (Julia), who died Sept. 22, 2015, and Lorinda Peterson. He was grandfather to nine grandchildren. "Play ball!" were Roger's two favorite words. A life-long New York Yankee fan, he prominently displayed the numbers of Joe DiMaggio and Mickey Mantle on his car's license plate, along with the Yankee logo. A keeper of lists, Roger kept notebooks of mystery writers he followed, books he savored to read, and big band, country music, and jazz he wanted to hear and enjoy. He was a member of Bethel Lutheran Church. A service of committal for the family was conducted November 9, 2020 by the Rev. Mel McGinnis, pastor of the Kiantone Congregational Church. Inurnment will be in Sunset Hill Cemetery. Memorials in Roger Nelson's name may be made to the James Prendergast Library Association, 509 Cherry Street, Jamestown, NY 14701. You may leave words of condolence to Roger's family at www.lindfuneralhome.com.
To plant a tree in memory of Roger Nelson, please visit Tribute Store
Services for Roger Nelson
There are no events scheduled. You can still show your support by planting a tree in memory of Roger Nelson.
Visit the Tribute Store

Share Your Memory of
Roger
Upload Your Memory View All Memories
Be the first to upload a memory!
Share A Memory
Plant a Tree