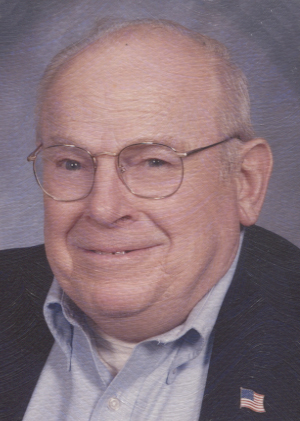 Herbert E. Stenander, Sr., 85, formerly of 179 Dunham Ave., Jamestown, passed away Thursday, November 19, 2020 at Heritage Park Rehab & Skilled Nursing. He was the husband of the late Sharon Cobb Stenander, whom he married June 28, 1958 and who died March 27, 2012. Herbert was born October 24, 1935 in Jamestown, a son of the late Evert and Dorothea Nelson Stenander, and was a graduate of Jamestown High School. He then served in the US Air Force from 1954 to 1958. He was employed for many years as a motor equipment operator for Chautauqua County. An avid New York Yankees fan, he enjoyed watching any baseball – Jamestown Jammers, Erie Seawolves and more – along with being a Buffalo Bills and Pittsburgh Steelers fan. He belonged to the Celoron-West Ellicott Senior Citizens and looked forward to their bus trips. He has always loved taking long walks, and in former years enjoyed bowling and fishing. Herb and his late wife, Sharon were members of Bethel Lutheran Church. Surviving are six children: Barbara (Ron) Nelson of North Carolina, Herbert Stenander, Jr. and William (Heidi) Stenander, both of Jamestown, James Stenander of Georgia, Marcia (Archie) Moorehead of West Clarksville, NY and Mark (Michelle) Stenander of Pennsylvania; six grandchildren: Christian Stenander and Bethany Stenander, both of Jamestown, James Stenander and Chelsea Stenander, both of Pennsylvania, Angelica Stenander of Florida and Kayla (Josh) Holder of North Carolina; two great-grandchildren, Callie and Wyatt Stratter of Pennsylvania; and a sister, Phyllis (Allen) Johnson of West Ellicott and brother, David (Becky) Stenander of Georgia. Following strict social distancing guidelines, the family will receive friends from 11 a.m. to 1 p.m. Tuesday in the Lind Funeral Home, where masks are required at all times. A private service will be held, led by the Rev. Gerald A. Haglund. Burial will be in Fluvanna Cemetery. The family would like to thank the staff at Heritage Park for their excellent care. In lieu of flowers, memorials may be made to the Celoron Hose Co., 92 Dunham Ave., or Bethel Lutheran Church, 904 W. Third St., both Jamestown, NY 14701.
To plant a tree in memory of Herbert Stenander, Sr., please visit Tribute Store
Tuesday
24
November

Share Your Memory of
Herbert
Upload Your Memory View All Memories
Be the first to upload a memory!
Share A Memory
Plant a Tree