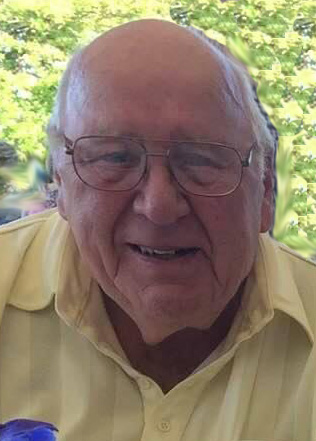 Larry K. Ross, 91, of 206 South Hanford Avenue, West Ellicott, died Tuesday January 12, 2021, in UPMC Chautauqua. A lifelong Jamestown resident, he was born February 19, 1929, a son of the late H. Stacey and Edith Carlson Ross. He was a 1947 graduate of Jamestown High School. He served in the US Navy from 1950-54 aboard the USS Raby #698, a destroyer and then on an LST. He was discharged as a electronic technician 3rd class. In 1957 he entered the electrician union apprenticeship program. He was a member of IBEW Local 106 for over 60 years working for numerous contractors for 25 years and the last 34 years at B&E Electric as superintendent of operations retiring in 1991. He would laugh at the fact that he lived so long that many of his apprentices were retired too. For nearly 30 years Larry's morning ritual was coffee at Fisher's Family Restaurant where he and the morning crew would discuss and chide each other as they attempted to solve the world's problems. Larry took great pride in his home and flower garden. He was always fixing and sprucing something up along with mowing his beautiful green lawn, sometimes even his neighbors. An avid flower gardener he enjoyed sharing his yellow dahlias with others at the restaurant. Larry was very social, so it was appropriate he was a member or former member of many fraternal organizations in the area including the Lakewood Rod & Gun, War Vets, Celoron Legion and The Vikings. Larry participated with the Viking Male Chorus for 50+ years enjoying the camaraderie and singing with friends in that group. He and Marilyn made many lifelong friendships near and far during their time with the American Union of Swedish Singers and would meet up with friends from the northeast as they travelled south each spring. A devoted husband, father and grandfather, Larry was always akin to helping or giving words of advice when asked. A man of great humor and wit he would work a crossword puzzle and sudoku each morning. Besides his passion for "lawn maintenance" Larry loved to cook and was known for his Swedish rye bread which he especially enjoyed giving to friends at the holidays along with pickled herring and of course Glögg. Lest we not forget his other passion for a daily Ten High and water "Skol". Larry's family would like to thank the Respiratory Therapy staff at UPMC for the many times they cared for him, especially Nancy Hunt, Deanna Fuller, and Janelle Weilacher of ICU. He was also blessed to have his home care giver Mona Nord during this last year. Surviving is his daughter Kathy Ross of West Ellicott; two grandsons Brett Crossley of Macon, GA and Adam Crossley of Jamestown and two great grandchildren Hunter and Landon Crossley. Besides his parents he was preceded in death by his wife Marilyn Lindquist Ross, whom he married May 5, 1956 and who died December 24, 2017; a daughter Karen Ross Crossley; an infant daughter in 1959 and a brother Eugene S. Ross. Due to restrictions of the pandemic a private memorial service will be held, but may be viewed at 1 p.m. Monday at www.facebook.com/lindfuneralhomeinc/ Visitation will not be observed. Inurnment will be in Lake View Cemetery. Memorials may be made to Karen Crossley Memorial Scholarship, c/o WCA Foundation, PO Box 840, Jamestown, NY 14702 or Chautauqua County Humane Society, 2825 Strunk Road, Jamestown, NY 14701. You may leave words of condolence at www.lindfuneralome.com.
To plant a tree in memory of Larry Ross, please visit Tribute Store
Services for Larry Ross
There are no events scheduled. You can still show your support by planting a tree in memory of Larry Ross.
Visit the Tribute Store

Share Your Memory of
Larry
Upload Your Memory View All Memories
Be the first to upload a memory!
Share A Memory
Plant a Tree