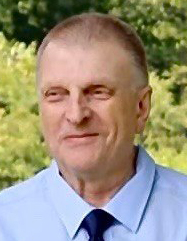 Floyd R. Ryan, 69, of 648 Hunt Road, Lakewood, passed away Saturday January 16, 2021 in his home. He was born in Jamestown December 2, 1951, one of nine children of the late Rollo and Margaret Card Ryan. Before retirement, Floyd was employed as an assembler by the Adanlock Corp. in Jamestown. He was a former member of the Ashville Fire Department and had been Assistant Scoutmaster of Troop 141 in Ashville. Floyd enjoyed cooking and baking for family and was known as a true prankster, always finding ways to scare and startle people. He loved time spent with his grandchildren, especially his granddaughter, Peyton whom he was particularly close. He is survived by his wife, Virginia Ploss Ryan whom he married July 14, 1973; three children: Scott (Julie) Ryan of Lakewood, Anne (Lee) Holton of Mulberry, FL and Andy (Lisa) Ryan of Jamestown; fourteen grandchildren: Kayla (Jeff) Abbey, Aaron Ryan, Summer (Justis) Maxwell, Tavian and Peyton Ryan, Zachary and Katie Digirolamo, and Jacob, Alyssa, Branden, Jasmine, William, Parker and Elijah Ryan; and nine great-grandchildren: Jocelynn, Laysea, Penelope and Bentley Abbey, Everly and Wyatt Maxwell, Natalie Merrill, Cayden Ryan and Delilah Waygood. Also surviving are six brothers, Mike (Jeannie), Tim, Marshall, Don, Gary (Betty) and Doug (Dee) Ryan and a sister, Pam (Ed) Fuller, all of Ashville. In addition to his parents, Floyd was preceded in death by a granddaughter, Dakoda Ryan in 2003, grandson, Andrew Ryan, Jr. in 1998, and a sister, Paula Ryan. Per Floyd's wishes, no services will be observed.
To plant a tree in memory of Floyd Ryan, please visit Tribute Store
Services for Floyd Ryan
There are no events scheduled. You can still show your support by planting a tree in memory of Floyd Ryan.
Visit the Tribute Store

Share Your Memory of
Floyd
Upload Your Memory View All Memories
Be the first to upload a memory!
Share A Memory
Plant a Tree