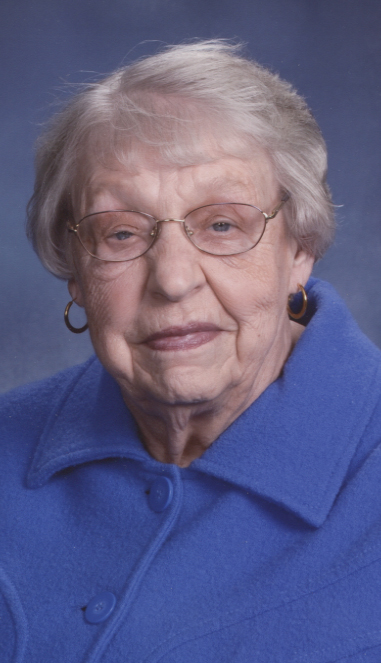 Obituary of Carolyn B. Stafford

Carolyn B. Stafford, 93, formerly of Carlson Road, Jamestown, and Joliet, IL died Wednesday February 17, 2021, in UPMC Chautauqua. A native of Joliet, she was born September 15, 1927, a daughter of the late William and Ida Hood Barnes. She was employed by Chautauqua Institution in the marketing department and later worked for Alltel as secretary in the comptroller's office. She was an active member of Hillcrest Baptist Church where she sang in the church choir, served on the missions committee and many other committees and boards, and was active in other church groups such as book club, WOW and MOPS. Coming to this area 1978, she and her late husband were responsible for starting the AWANA youth ministries. She served as Commander of AWANA for many years, and assisted in the expansion of this program to other churches in Western NY and PA. Her other memberships include the Multiple Sclerosis Society and the Mozart Club and Chorus. Her life was focused on service and leadership. She always had a passion for youth ministries and supported all of her roles with devotion, time and talent. She was an avid gardener and spent many hours in her large rock and flower garden on Carlson Road. Even when enjoying the outdoors at Lutheran in her final years, she would be pulling weeds and tending to the plants. She made every effort to attend musical performances, athletic competitions, awards ceremonies, etc. that involved her grandchildren and great-grandchildren. She always maintained close connections with her family and many friends in Illinois, and enjoyed traveling to Joliet and the Chicago area to visit and attend special events and celebrations, and just to spend time and share experiences with as many people as possible from days gone by. Surviving are a son, Thomas (Rebecca) Stafford of Jamestown, and two daughters: Jeanine (Max) Pickard of Jamestown and Lori Jayne (Randy) Willis of Oregon, IL; nine grandchildren: Christine (Mark) Weber of Pipersville, PA, Dr. Todd (Dr. Jensy) Stafford of Barrington, RI, Heather Stafford of Erie, PA, Trenton Stafford of Verona, WI, Paige Stafford of Bloomington, IN, Atty. Peter (Lindsey) Johnson, Leah (Col. Charles) Watkins and Seth Massey all of Jamestown, and Nina (Mark) Kaltenbaugh of Sandy Lake, PA; 18 great-grandchildren and a brother William (Barbara) Barnes of Plainfield, IL. She was preceded in death by her husband Stanley S. Stafford, whom she married June 28, 1947 and who died October 5, 1996; two sisters: Mary Jane Beguin and Margaret Rice, and a brother Paul Barnes. Carolyn really appreciated all of the efforts made by medical staff, aides and administrators at Lutheran who provided care for her needs, especially during confinement due to the COVID-19 pandemic. A memorial service will be held at a later date. Memorials may be made to Hillcrest Baptist Church, 40 Hallock St., Jamestown, NY 14701 or a charity of choice.
To plant a tree in memory of Carolyn Stafford, please visit Tribute Store
Services for Carolyn Stafford
There are no events scheduled. You can still show your support by planting a tree in memory of Carolyn Stafford.
Visit the Tribute Store

Share Your Memory of
Carolyn
Upload Your Memory View All Memories
Be the first to upload a memory!
Share A Memory
Plant a Tree