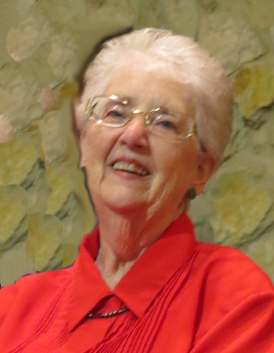 Ginger Ferguson, 76, of Jamestown, NY, died on Saturday, February 20, after an extended illness. She was born July 28, 1944 in Canton, Ohio the daughter of the late Robert Davis and Bernice Goodman Davis. She was married to Roy E. Ferguson, Sr. on May 11, 1963 in East Canton, Ohio. They were married for 57 years. She was a 1962 graduate of Louisville High School. Ginger primarily worked in clerical roles for nearly 40 years at places like Timken Mercy in Canton, Layman Life Insurance in Anderson, IN, Bruce Johnson in Denver, CO, New York Life in Lexington, KY., Johnson Wax, Inc. in Racine, WI and Ford Motor Company in Dearborn, MI. She also served as an Office Manager for several of those companies. However, she most cherished her role as a mother and a wife. She teamed with Roy, Sr. in a supportive role in the churches that he pastored, serving in the nursery, doing secretarial work, and in the music ministry. She was a gifted flute and piano player and had a beautiful alto voice, which she shared in various choirs and ensembles, directing as well as singing. While in Kentucky, she was a part of, and even directed a bell choir. Ginger was a member of the Busti Church of God. She was a voracious reader and enjoyed playing card and board games with family and friends. Ginger loved music, especially classical and Gospel music. She looked forward to watching the Lawrence Welk show each week, and she and Roy Sr. loved to travel to Southern Gospel concerts throughout their marriage, especially to Gaither Homecoming events. Surviving Ginger are her sons, Roy E. Ferguson, Jr (Sally) of Jamestown, NY, and Michael Ferguson (Cece) of Versailles, KY, her grandchildren, Megan Ferguson Hopewell (James) of Danville, KY, Michael Ferguson (Samantha) of Versailles, KY, Nathanael Ferguson (Kenzie) of Jamestown, NY, and Anna Ferguson Capone (Drew) of Chapel Hill, NC. Six grandchildren, Peyton and Kylee Hopewell, Emma, Sophea, and Graham Ferguson, and Bennett Ferguson. In addition to her parents, she was preceded in death by her husband, who died on January 7, 2021, sister Sandie Miller, brother Robbie Davis, and granddaughter, Martha Ferguson. Due to COVID restrictions, there will be a private family service. The family suggests memorials may be made to Busti Church of God, 996 Forest Ave Ext. Jamestown, NY 14701. You may leave words of condolence at www.lindfunralhome.com.
To plant a tree in memory of Ginger Ferguson, please visit Tribute Store
Services for Ginger Ferguson
There are no events scheduled. You can still show your support by planting a tree in memory of Ginger Ferguson.
Visit the Tribute Store

Share Your Memory of
Ginger
Upload Your Memory View All Memories
Be the first to upload a memory!
Share A Memory
Plant a Tree