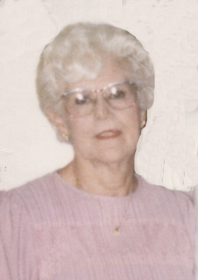 Gloria J. Lawrence Nieder, 91, of Jamestown, NY, passed away at 8:20 pm Friday, April 2, 2021, in UPMC Chautauqua. An area resident for most of her life, she was born June 23, 1929 in Randolph, NY, a daughter of the late James G. and Viola G. Lind Keyes. Gloria was a graduate of Randolph Central School and a longtime member of the Christ First United Methodist Church, Jamestown. She enjoyed spending time knitting, crocheting and doing needlework. Before her retirement in 1991, she was employed as a unit clerk at the former WCA Hospital where she worked for 15 years. In previous years she had worked for the American Manufacturing Company for 18 years and the Fenton Park Nursing Home for several years. Surviving is her daughter, Kathleen (Roger) Madison of Jamestown, four grandchildren, Danette (Dan) Steele of Jamestown, Scott (Kristin) Johnson of Cassadaga, NY, Danielle Howie and Clinton Howie both of Jamestown, many great grandchildren, several step-children, step-grandchildren and step-great grandchildren and her best friend, Vicki Lundsten. Besides her parents, she was preceded in death by her first husband, Paul G. Lawrence, her second husband, Paul J. Nieder, a daughter, Priscilla Adams, a granddaughter, Mona Taylor, a sister, Betty Keyes and three brothers, Karl, Eugene and Robert Keyes. A private graveside service will be held at the convenience of the family. Visitation will not be observed. Inurnment will be in the Lake View Cemetery. Memorials may be made to the Christ First United Methodist Church, 663 Lakeview Ave. Jamestown, NY 14701.

Share Your Memory of
Gloria
Upload Your Memory View All Memories
Be the first to upload a memory!